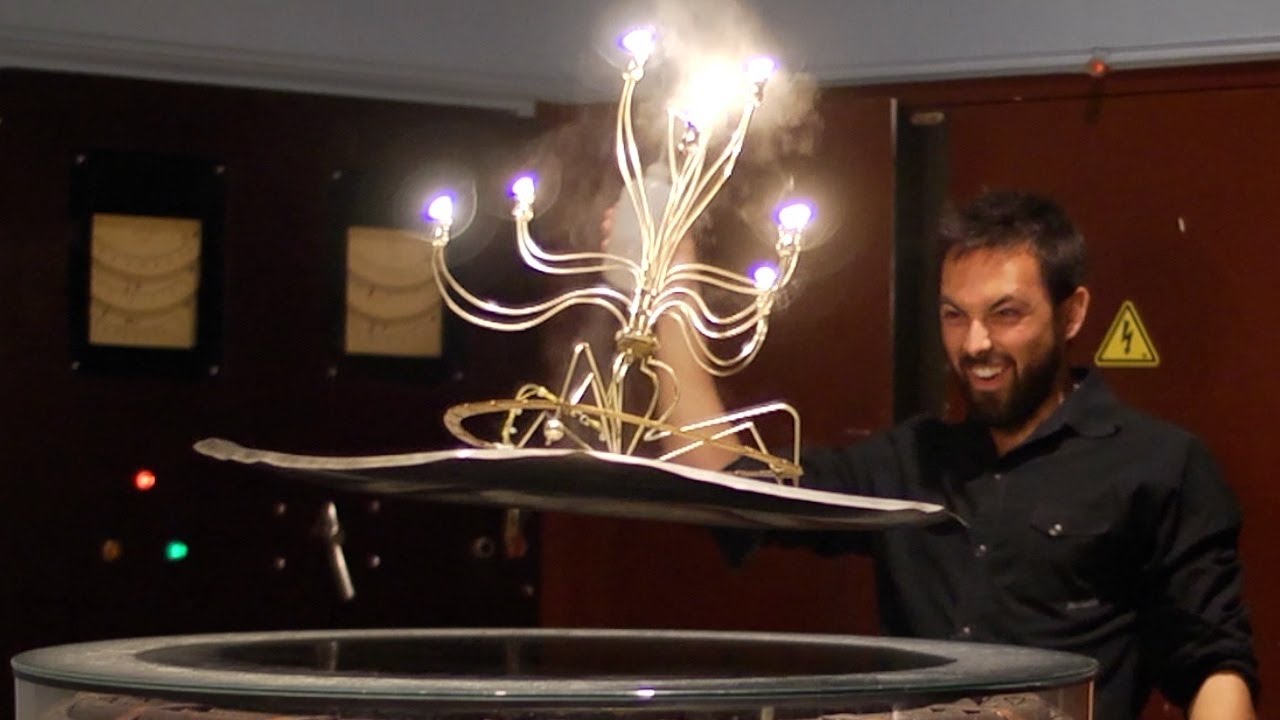 Veritasium
Share on Facebook
Share on Twitter
Share on Pinterest
Share on LinkedIn
At the Palais de la Decouverte in Paris, they showed me this experiment where a 1kg aluminium plate is levitated above a large coil of wire that is being supplied with 800A of alternating current at 900Hz. This is by far the best demonstration of electromagnetic induction I have ever seen.

Back in London, I visited the magnetic lab of Michael Faraday in the basement of the Royal Institution. It was here that he did his groundbreaking work on induction. People had previously observed that current in a wire causes a compass needle to deflect, but more exciting was the prospect of using a magnetic field to generate current. Faraday created his famous induction ring by winding two coils of insulated wire onto an iron ring. When he connected a battery to one coil, a small pulse of current was induced in the other. When the battery was disconnected, current was induced in the other direction. This led Faraday to the conclusion that current was induced in the second coil only when the magnetic field through it was changing.