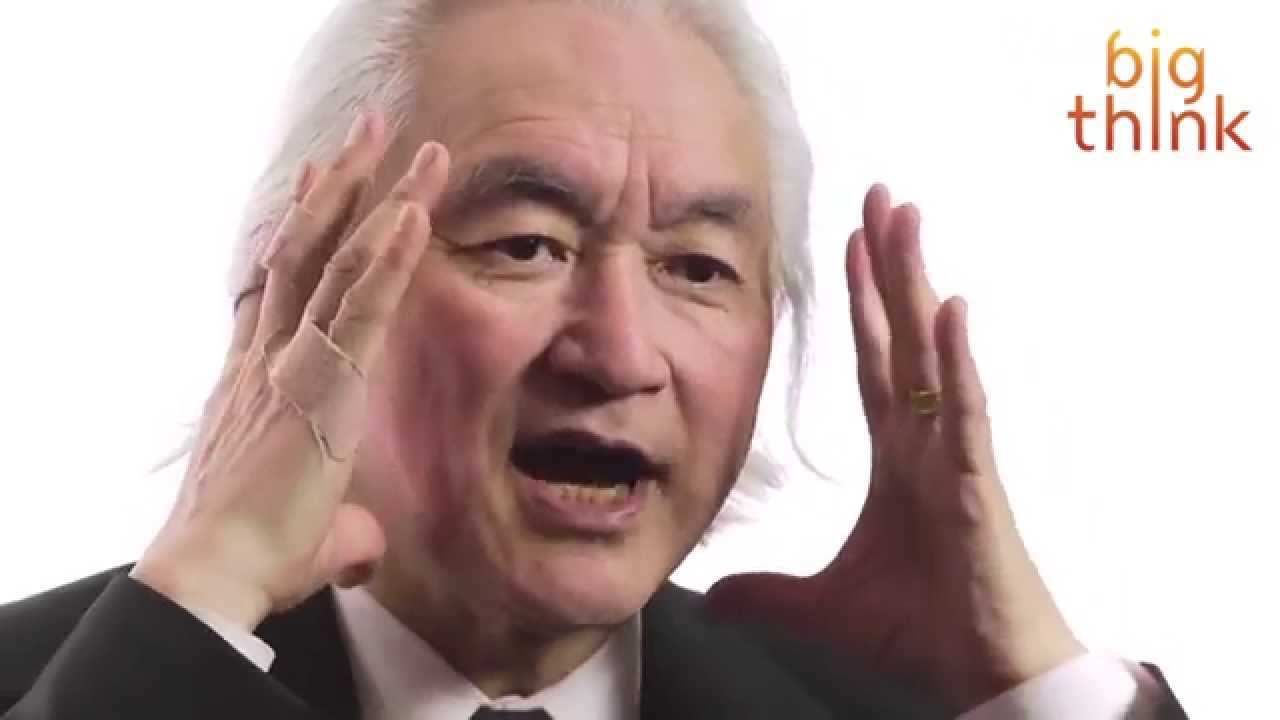 Michio Kaku:  Some people think that intelligence is the crowning achievement of evolution.  Well if that’s true there should be more intelligent creatures on the planet Earth.  But to the best of our knowledge we’re the only ones.  The dinosaurs were on the Earth for roughly 200 million years and to the best of our knowledge not a single dinosaur became intelligent.  We humans, modern humans, had been on the Earth for roughly a hundred thousand years.  Only a tiny fraction of the 4.5 billion years that the Earth has been around.  So you come to the rather astounding conclusion that intelligence is not really necessary.  That Mother Nature has done perfectly well with non-intelligent creatures for millions of years and that we as intelligent creatures are the new kid on the block.

And so then you begin to wonder how did we become intelligent?  What separated us from the animals?  Well there are basically three ingredients – at least three that help to propel us to become intelligent.  One is the opposable thumb.  You need a tentacle, a claw, an opposable thumb in order to manipulate the environment.  So that’s one of the ingredients of intelligence – to be able to change the world around you.

Second is eyesight.  But the eyesight of a predator.  We have eyes to the front of our face, not to the side of our face and why?  Animals with eyes to the front of their face are predators – lions, tigers and foxes.  Animals with eyes to the side of their face are prey and they are not as intelligent – like a rabbit.  We say dumb bunny and smart as a fox.  And there’s a reason for that.  Because the fox is a predator.  It has to learn how to ambush.  It has to learn how to have stealth, camouflage.  It has to psych out the enemy and anticipate the motion of the enemy that is its prey.  If you’re a dumb bunny all you have to do is run.  And the third basic ingredient is language because you have to be able to communicate your knowledge to the next generation.

And to the best of our knowledge animals do not communicate knowledge to their offspring other than by simply communicating certain primitive motions.  There’s no book.  There’s no language.  There’s no culture by which animals can communicate their knowledge to the next generation.  And so we think that’s how the brain evolved.  We have an opposable thumb, we have a language of maybe five to ten thousand words.  And we have eyesight that is stereo eyesight – the eyesight of a predator.  And predators seem to be smarter than prey.  Then you ask another question.  How many animals on the Earth satisfy these three basic ingredients.  And then you come to the astounding conclusion – the answer is almost none.  So perhaps there’s a reason why we became intelligent and the other animals did not.  They did not have the basic ingredients that would one day propel us to become intelligent.

Then the next question asked in Planet of the Apes and asked in any number of science fiction movies is can you accentuate intelligence.  Can you take an ape and make the ape intelligent.  Well, believe it or not the answer could be yes.  We are 98.5 percent genetically equivalent to a chimpanzee.  Only a handful of genes separate us from the chimps and yet we live twice as long and we have thousands of words in our vocabulary.  Chimps can have maybe just a few hundred.  And we’ve isolated many of those genes that separate us from the chimpanzees.  For example the ASP gene governs the size of the crane, cranial capacity so that by monkeying with just one gene you can literally double the size of the brain case and t…

For the full transcript, check out https://bigthink.com/videos/the-evolution-of-intelligence