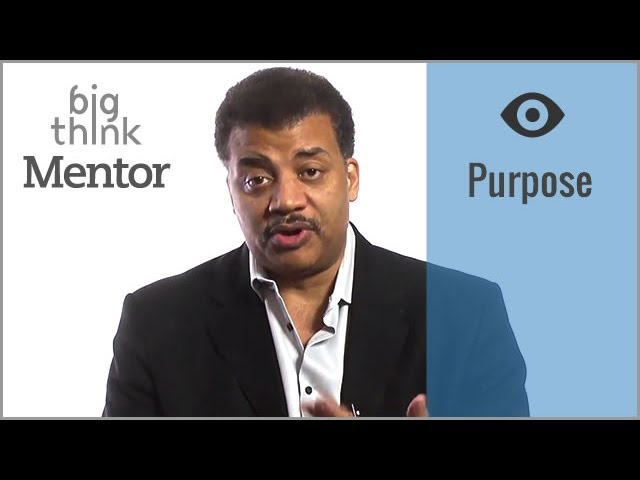 Neil deGrasse Tyson: There’s something about the cosmic perspective which for some people is enlightening and for other people it’s terrifying. For those who are terrified by it, they’re here on earth and they have a certain self-identity, and then they learn that earth is tiny and we’re in this void of interplanetary space and then there’s a star that we call the sun and that’s kind of average and there’s a hundred billion other stars in a galaxy. And our galaxy, the Milky Way, is one of 50 or 100 billion other galaxies in the universe. And with every step, every window that modern astrophysics has opened to our mind, the person who wants to feel like they’re the center of everything ends up shrinking. And for some people they might even find it depressing. I assert that if you were depressed after learning and being exposed to the perspective, you started your day with an unjustifiably large ego.

You thought more highly of yourself than in fact the circumstances deserved.

So here’s what you do: You say, I have no ego at all. Let’s start that way. I have no ego, no cause to puff myself up. Now let’s learn about the cosmic perspective. Yeah, we’re on a planet that’s orbiting a star, and a star is an energy source and it’s giving us energy, and we’re feeling this energy, and life is enabled by this energy in this star. And by the way, there’s a hundred billion other stars that have other planets. There might be other life out there, could be like us. It’s probably not like us, but whatever it is, it’d be fascinating to find out who it is.

Can we talk to them? Can we not? Are they more advanced? Are they less advanced? By the way, the atoms of our body are traceable to what stars do.

And all you can do is sit back and bask in your relevance to the cosmos.

So those who see the cosmic perspective as a depressing outlook, they really need to reassess how they think about the world. Because when I look up in the universe I know I’m small but I’m also big. I’m big because I’m connected to the universe and the universe is connected to me.