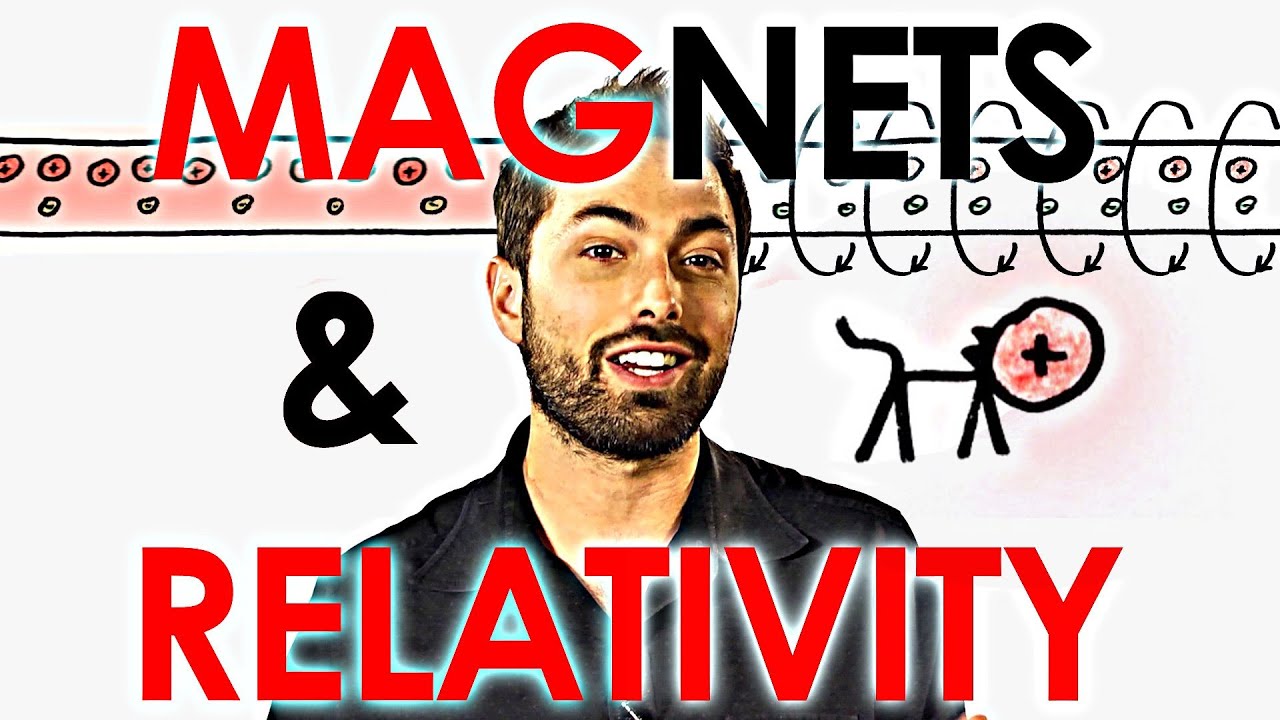 Magnetism seems like a pretty magical phenomenon. Rocks that attract or repel each other at a distance – that’s really cool – and electric current in a wire interacts in the same way. What’s even more amazing is how it works. We normally think of special relativity as having little bearing on our lives because everything happens at such low speeds that relativistic effects are negligible. But when you consider the large number of charges in a wire and the strength of the electric interaction, you can see that electromagnets function thanks to the special relativistic effect of length contraction. In a frame of reference moving with the charges, there is an electric field that creates a force on the charges. But in the lab frame, there is no electric field so it must be a magnetic field creating the force. Hence we see that a magnetic field is what an electric field becomes when an electrically charged object starts moving.

I was inspired to make this video by Prof. Eric Mazur http://mazur.harvard.edu/emdetails.php

Huge thank you to Ralph at the School of Physics, University of Sydney for helping us out with all this magnetic gear. Thanks also to geology for loaning the rocks.

This video was filmed in the studio at the University of New South Wales – thanks to all the staff there for their time and support.

10 Mysterious Ancient Religions that Disappeared
Sir Tony Atkinson on Inequality
Geometry competition
The stickiest *non-sticky* material
When you lose, but come out ahead | Billy Cleary | TEDxWasedaU