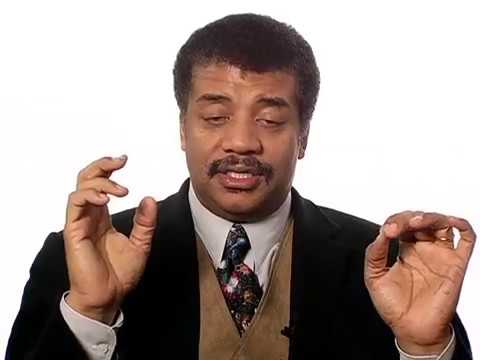 Neil deGrasse Tyson was born and raised in New York City where he was educated in the public schools clear through his graduation from the Bronx High School of Science. Tyson went on to earn his BA in Physics from Harvard and his PhD in Astrophysics from Columbia.  He is the first occupant of the Frederick P. Rose Directorship of the Hayden Planetarium. His professional research interests are broad, but include star formation, exploding stars, dwarf galaxies, and the structure of our Milky Way. Tyson obtains his data from the Hubble Space Telescope, as well as from telescopes in California, New Mexico, Arizona, and in the Andes Mountains of Chile.Tyson is the recipient of nine honorary doctorates and the NASA Distinguished Public Service Medal. His contributions to the public appreciation of the cosmos have been recognized by the International Astronomical Union in their official naming of asteroid “13123 Tyson”.Tyson’s new book is Astrophysics for People in a Hurry (2017).
———————————————————————————-
TRANSCRIPT:

DeGrasse Tyson: Isaac Newton. I mean, just look… You read his writings. Hair stands up… I don’t have hair there but if I did, it would stand up on the back of my neck. You read his writings, the man was connected to the universe in ways that I never seen another human being connected. It’s kind of spooky actually. He discovers the laws of optics, figured out that white light is composed of colors. That’s kind of freaky right there. You take your colors of the rainbow, put them back together, you have white light again. That freaked out the artist of the day. How does that work? Red, orange, yellow, green, blue, violet gives you white. The laws of optics. He discovers the laws of motion and the universal law of gravitation. Then, a friend of his says, “Well, why do these orbits of the planets… Why are they in a shape of an ellipse, sort of flattened circle? Why aren’t… some other shape?” He said, you know, “I can’t… I don’t know. I’ll get back to you.” So he goes… goes home, comes back couple of months later, “Here’s why. They’re actually conic sections, sections of a cone that you cut.” And… And he said, “Well, how did find this out? How did you determine this?” “Well, I had to invent integral and differential calculus to determine this.” Then, he turned 26. Then, he turned 26. We got people slogging through calculus in college just to learn what it is that Isaac Newtown invented on a dare, practically. So that’s my man, Isaac Newton.
———————————————————————————-
ABOUT BIG THINK:

Smarter Faster™
Big Think is the leading source of expert-driven, actionable, educational content — with thousands of videos, featuring experts ranging from Bill Clinton to Bill Nye, we help you get smarter, faster. Subscribe to learn from top minds like these daily. Get actionable lessons from the world’s greatest thinkers & doers. Our experts are either disrupting or leading their respective fields. ​We aim to help you explore the big ideas and core skills that define knowledge in the 21st century, so you can apply them to the questions and challenges in your own life.

Read more at Bigthink.com for a multitude of articles just as informative and satisfying as our videos. New articles posted daily on a range of intellectual topics.
———————————————————————————-
Follow Big Think here:

How F1 racers turn really fast
Concrete Does Not Dry Out
Split The Square Game #shorts
10 Crazy Star Wars Fan Theories That Might Be True!
A Super Hero’s Solution To A Challenging Problem