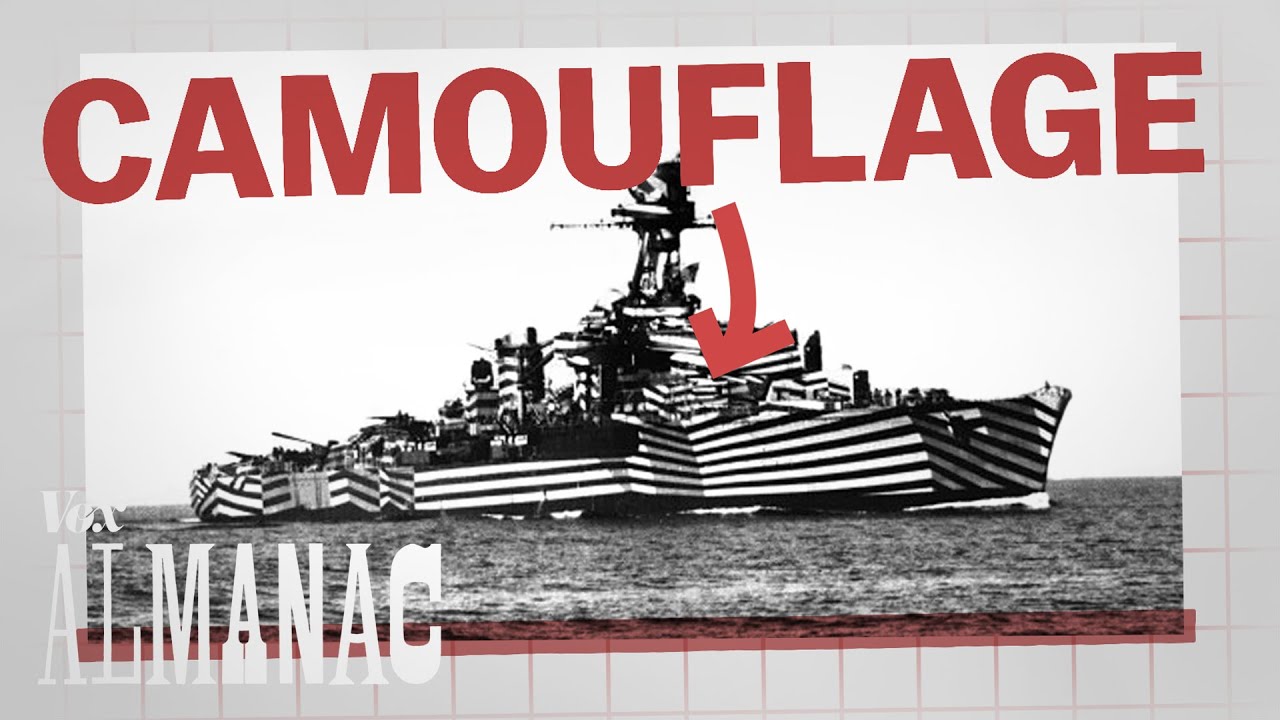 WWII saw another kind of strange history unfold: a meme (yes, really). Watch our video on it here: http://bit.ly/2Co9DEu

Dazzle camouflage was a surprisingly effective defense against torpedoes. In this episode of Vox Almanac, Phil Edwards explains why.

World War I ships faced a unique problem. The u-boat was a new threat at the time, and its torpedoes were deadly. That led artist Norman Wilkinson to come up with dazzle camouflage (sometimes called “razzle dazzle camouflage”). The idea was to confuse u-boats about a ship’s course, rather than try to conceal its presence. In doing so, dazzle camouflage could keep torpedoes from hitting the boat — and that and other strategies proved a boon in World War I.

This camouflage is unusual, but its striking appearance influenced the culture, inspired cubist painters’ riffs, and even entered into the world of fashion. Though dazzle camouflage lost its utility once radar and other detection techniques took over from u-boat periscopes, for a brief period in time it was an effective and unusual way to help ships stay safe.