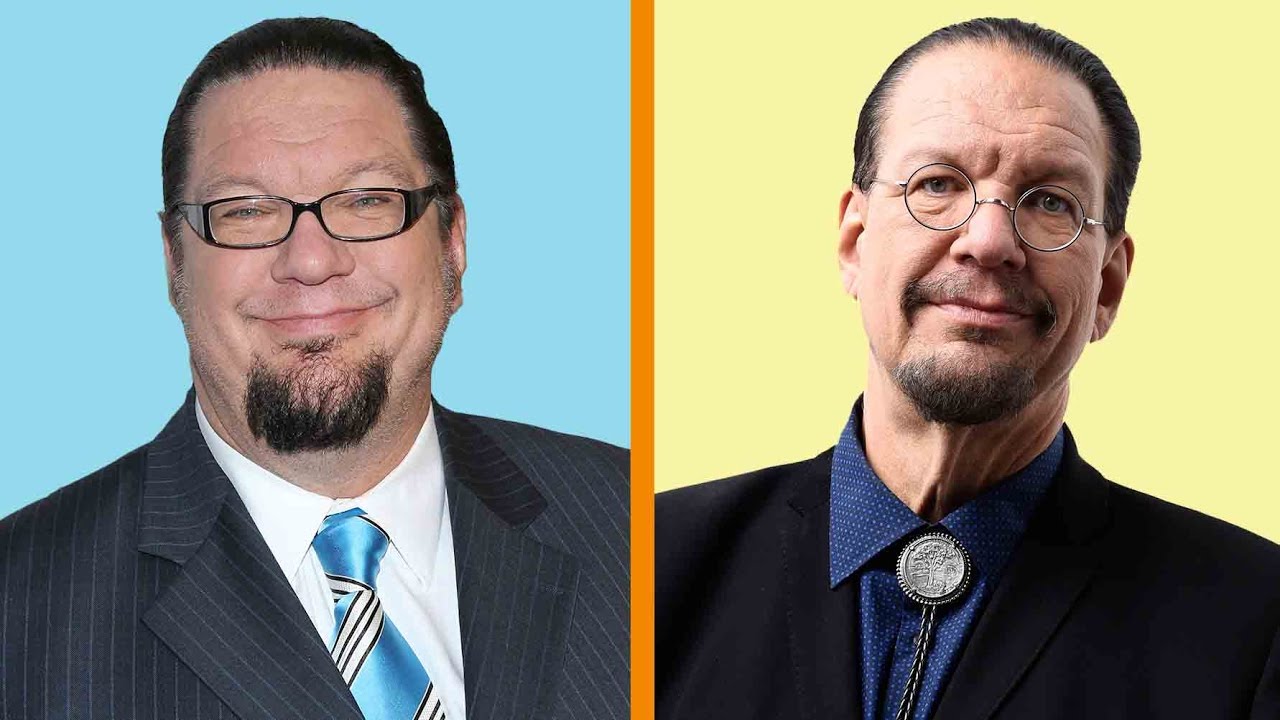 Penn Jillette is a cultural phenomenon as a solo personality and as half of the world-famous Emmy Award­-winning magic duo Penn & Teller. His solo exposure is enormous: from Howard Stern to Glenn Beck to the Op-Ed pages of The New York Times, The Wall Street Journal, and the Los Angeles Times. He has appeared on Dancing with the Stars, MTV Cribs, and Chelsea Lately and hosted the NBC game show Identity. As part of Penn & Teller, he has appeared more than twenty times on David Letterman, as well as on several other TV shows, from The Simpsons and Friends to Top Chef and The View. He co-hosts the controversial series Penn & Teller: Bullshit!, which has been nominated for sixteen Emmy Awards. He is currently co-host of the Discovery Channel’s Penn & Teller Tell a Lie and the author of God, No! and Presto!
———————————————————————————-
TRANSCRIPT:

Penn Jillette:  I lost over 100 pounds, a third of my weight. I was probably at my heaviest. You don’t ever weigh yourself at your heaviest but I was probably over 340, certainly around there. And now as I sit here in front of you I’m probably about 232. There’s a fluctuation of a couple of pounds, it goes back and forth. That’s a lot of weight. And I did not lose it for vanity. I was pretty happy with myself fat. I didn’t mind being fat. It wasn’t a big deal to me. I didn’t mind how I looked. But my health was getting bad. I didn’t even mind how I felt very much. I didn’t mind not being energetic and stuff. But I started having blood pressure that was stupid high like, you know, like English voltage, like 220 even on blood pressure medicine. And I have two young children. I’m an old dad. My daughter was born when I was 50. So I’m 61 now.

And my life expectancy, the actuary tables were crashing down and the doctor said that I had to get a stomach sleeve. It was a wonderful moment because it then gave me the option to go crazy. If you’re going to surgically do something to me to stop me from swallowing that means I don’t have to worry about doing a sane diet. I can get nutty. And being given the option to be nutty was all I needed. I realized that not only am I not good at moderation, I also don’t respect moderation. Anyone I know who’s able to do moderation I don’t like them. The people I respect and love are people that go wild. I mean I don’t want to go into Kerouac here but the mad ones. No one brags about climbing a nice little slope. You brag about climbing Everest. So once my friend Ray Cronise who I can Cray Ray, once Cray Ray told me that I could lose the weight but it was going to be really hard, it got really easy. Once you make something a challenge, you make something I can brag about, I can do it.

So I wrote this book about me. It is more first person singular in it than in a Donald Trump speech. I don’t’ write about you. If you take medical advice from a Las Vegas magician you are an idiot who deserves to die. You have to do this for yourself and with your proper medical professionals. That being said the first thing Cray Ray and I wanted to do was change my way of eating. It turns out everything about eating is habit. It’s all habitual. You think you have a natural inclination to like grilled cheese or donuts. Not true. All we eat is habit. So I wanted to take a couple of weeks and change my habit. And one of the really good ways to do that that worked tremendously for me is what’s called the mono diet which is just what you think from the root, eating the exact same thing. And I could have chosen anything. I could have chosen corn or beans or whatever. Not hot fudge but anything. And I chose potatoes because it’s a funny thing and a funny word. For two weeks I ate potatoes, complete potatoes – skin and everything and nothing added, nothing subtracted. When I say nothing subtracted I mean no skin taken off but also no water. You can’t cut it up and make it chips in a microwave. Don’t take water out of it. Leave the potato completely – so that means baked or boiled and not at any mealtime.

You don’t get up in the morning, eat a…

For the full transcript, check out https://bigthink.com/videos/penn-jillette-on-losing-100lbs-of-weight

The Parker Solar Probe – Smarter Every Day 198
Impress Her With Nanodiamonds
Jordyn Wieber – How One Olympian Turned Devastation into Inspiration #shorts #olympics
How to get better at the things you care about #shorts #tedx
What Happens In One Minute?