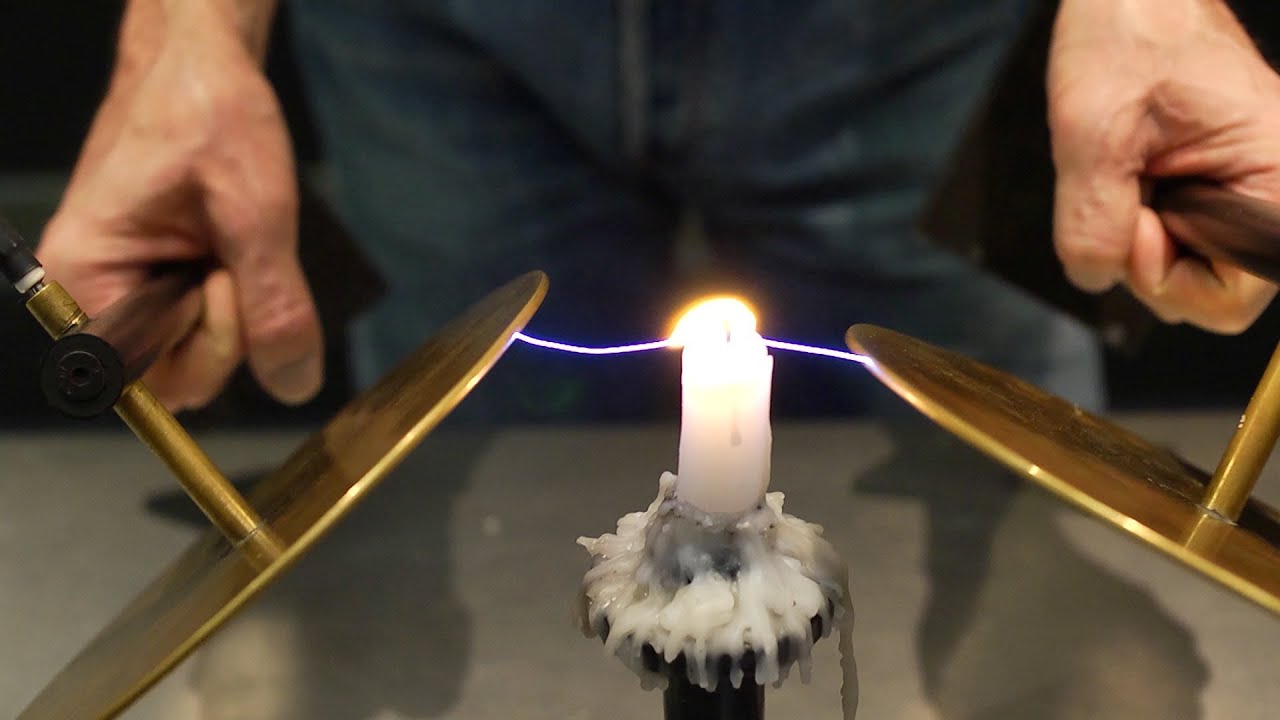 Is a flame really a plasma? Well it depends on your definition of plasma, but there are certainly ions in a flame, formed as molecules collide with each other at high speed, sometimes knocking electrons off of their atoms.

Special thanks to the Palais de la Decouverte for helping me perform this experiment. Using tens of thousands of volts on two metal plates, we created a strong electric field around the plasma. This pulled positive ions in one direction and negative ions in the other direction elongating the flame horizontally and causing it to flicker like a “papillon” (butterfly). Then we showed that much longer sparks can be made through the flame than through air since the ions increase the conductivity.

5 Most Controversial Scientific Theories
What If The World Lost Oxygen For 5 Seconds?
The Most Favourite Number – Numberphile
Jordyn Wieber – How One Olympian Turned Devastation into Inspiration #shorts #olympics
How to get better at the things you care about #shorts #tedx