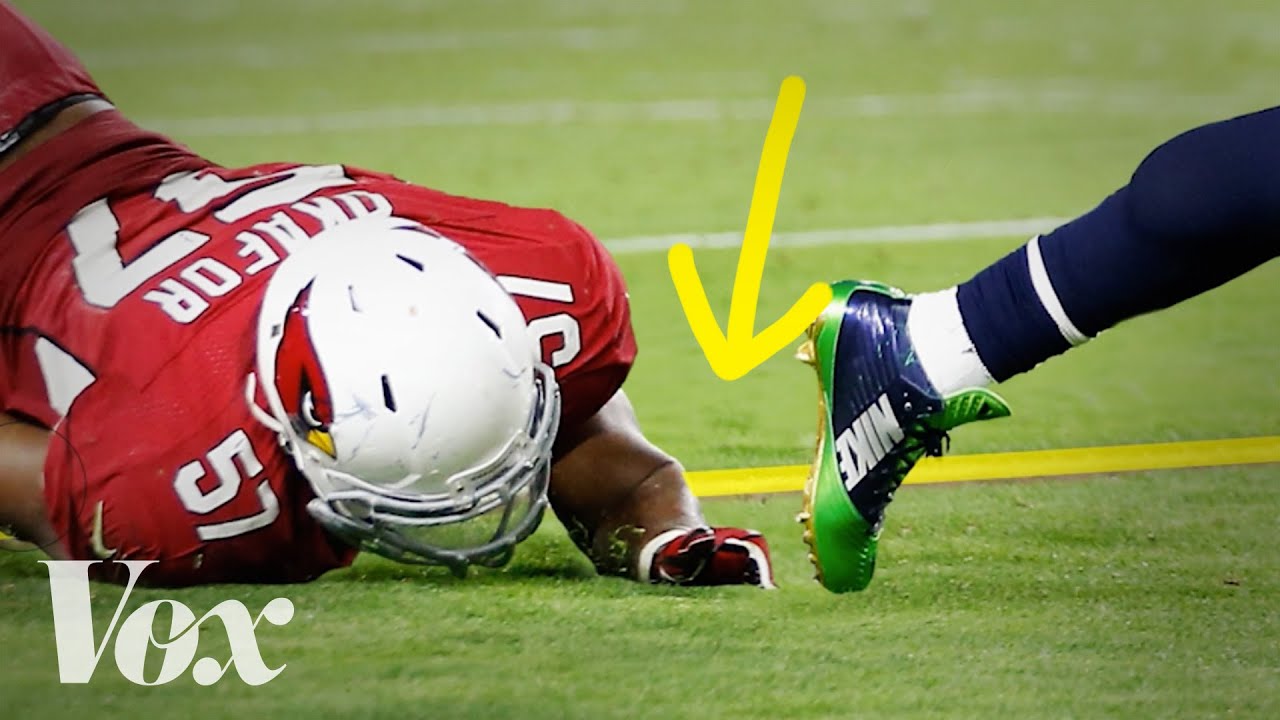 Since the late 1990s, the virtual yellow line has been quietly enhancing football broadcasts by giving viewers a live, intuitive guide to the state of play. The graphic is engineered to appear painted on the field, rather than simply plopped on top of the players, so it doesn’t distract from the game at all.

The line debuted during a September 27, 1998, game between the Baltimore Ravens and the Cincinnati Bengals. It was developed by a company called Sportvision Inc. and operated by six people in a 48-foot semi-truck parked outside the stadium.

ESPN was the only network that immediately agreed to pay the steep price of $25,000 per game. Before long, other companies began offering the yellow line to the other networks, and now you won’t see a football game without it.

The Secret Weapon That Could Help Save Bees
Which Fish Did We Evolve From?
Resisting the Self-Improvement Craze with Svend Brinkmann
Impress Her With Nanodiamonds
Why so many people work “bullshit jobs”| James Suzman | Big Think