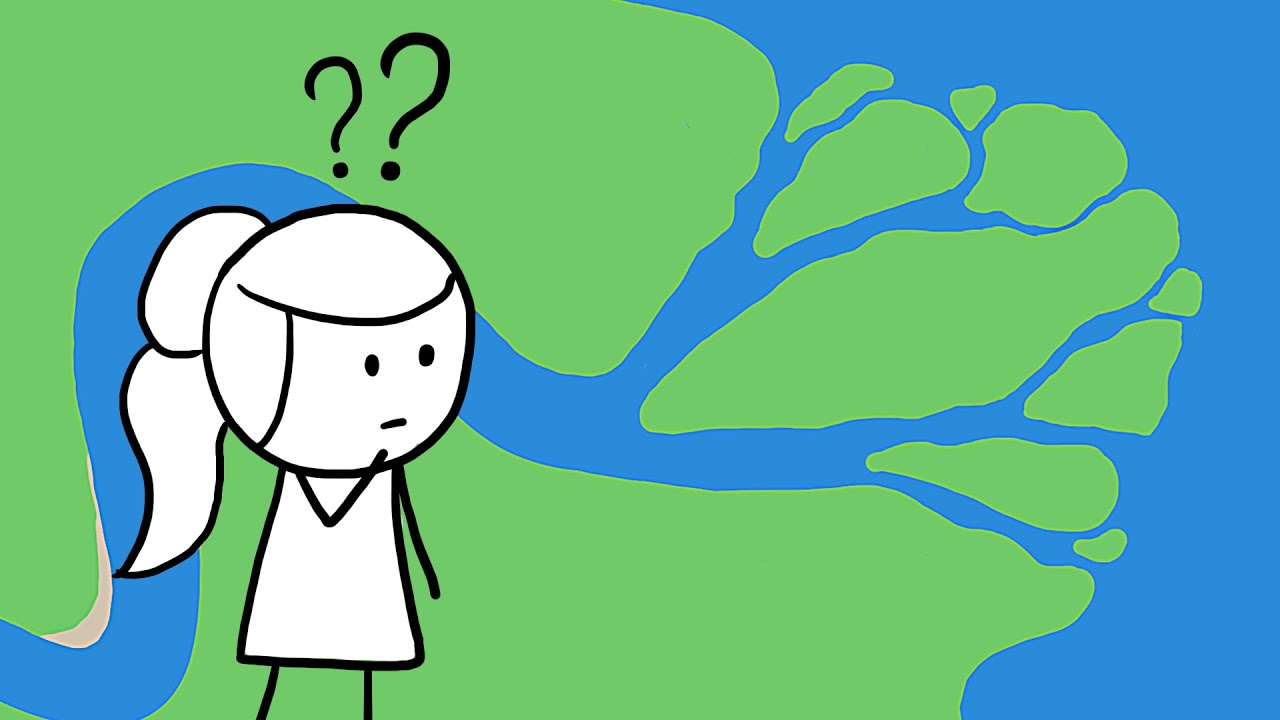 A huge thank-you to the following organizations, all working toward sustainable deltas, for sponsoring this video: the Belmont Forum, the Sustainable Deltas Initiative, the National Center for Earth-Surface Dynamics, the St Anthony Falls Laboratory of the University of Minnesota, and the DELTAS project. These organizations study deltas around the world, in particular how they’re threatened by human activities such as building dams, channelizing rivers, and climate change-induced sea-level rise. If we don’t pay attention, we might lose the landform that allowed us to become civilized in the first place.

Want to learn more about the topic in this week’s video? Here are some keywords/phrases to get your googling started:
– delta: the piled-up sediment (typically triangular, or greek-letter-delta-shaped) deposited by a river as it flows into a larger body of water
– estuary: a partially enclosed body of brackish (part salt, part fresh) water that connects one or more ocean-bound streams/rivers to the open sea. Geologists classify estuaries into four basic types (bar-built, coastal plain/drowned river, tectonic, and fjord), based on the geologic processes that formed them.
– ice age: this is a term that geologists use a little differently than non-scientists. Geologically speaking, an ice age is a fairly long period (~100-300 million years) of relatively cold temperatures on Earth. Within these long periods of time, the climate warms and cools lots of times, causing the ice sheets to retreat and advance; geologists refer to the colder time intervals as “glacials” and the warmer periods as “interglacials”. We are currently in an “interglacial” phase (that started ~15,000 years ago) of an ice age that started ~2.6 million years ago, but because that’s kind of complicated, we just say “the end of the last ice age” when what we really mean is “the end of the last ‘glacial’ cycle of the current ice age.”
– marine transgression / marine regression: on the surface, these are just fancy ways of talking about sea level going up and down. But for geologists, “transgression” and “regression” are more useful, because land sometimes goes up and down too. For example, if movement along a tectonic fault causes part of the coast to drop below sea level, it might get flooded, but it wouldn’t be accurate to attribute the flooding to sea level rise. So geologists describe the situation as “marine transgression” instead. These terms comes in handy when we’re talking about deltas and estuaries: deltas are formed by marine regression, and estuaries by marine transgression.
___________________________________________

Already subscribed?
Help us keep making MinuteEarth by supporting us on Patreon: https://goo.gl/ZVgLQZ

The Most Favourite Number – Numberphile
Michael Cohen: Sex, lies, and campaign finance
How magic and kindness helped me survive the Holocaust #shorts #tedx
The Secret Weapon That Could Help Save Bees
How Asteroid Mining Will Save Earth