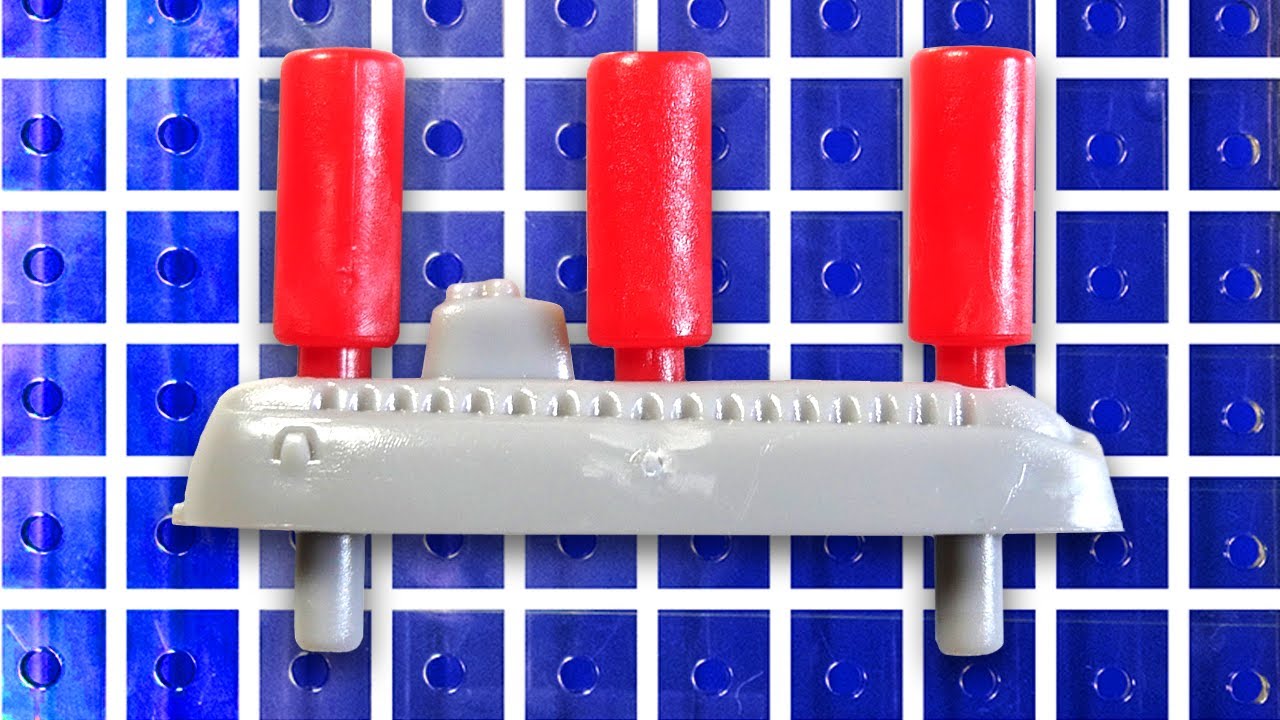 I worked with the United States Navy on the USS Pasadena to show that the game of Battleship isn’t just a series of alpha-numeric volleys that result in either a hit or a miss until one player’s entire fleet has been sunk. Whether we realize it or not, Battleship generates a sophisticated probability density algorithm in your brain that’s constantly re-evaluating and updating strategy with every single move.

Nick Berry of DataGenetics founded a software company, received the Queen’s Award for Technology (UK), and spent a decade working for Microsoft’s Casual Game team… and cracking the code for optimal Battleship play is just the tip of the recreational mathematics iceberg he’s mapped out at DG. Berry’s simulations of Battleship strategies showed a massive disparity between the “hunt and target” strategy that most of us employ and thinking of the board as an ever-changing probability exercise that tests our ability to adapt.

Nuclear Machinist’s Mate Davis and I climbed down into the Pasadena, a nuclear-powered Los Angeles class submarine, to get to the bottom of Berry’s Battleship theory. MMN Davis is highly-trained in fission, fluid dynamics, thermodynamics, nuclear technology, and more… and it’ll take that knowledge and a fresh perspective on how we think about the world around us to conquer the vast seas of our kitchen table board games.

Research And Writing by Matthew Tabor
Tweets by TaborTCU

Get Vsauce’s favorite science and math toys delivered to your door!
https://www.curiositybox.com/

FTX Disaster – 7 Unbelievable Bankruptcy Discoveries
Simple riddle stumps the internet…again
How to get better at gift-giving #shorts #tedx
The Most Extreme Explosion in the Universe
BEST IMAGES OF THE WEEK: IMG! episode 6