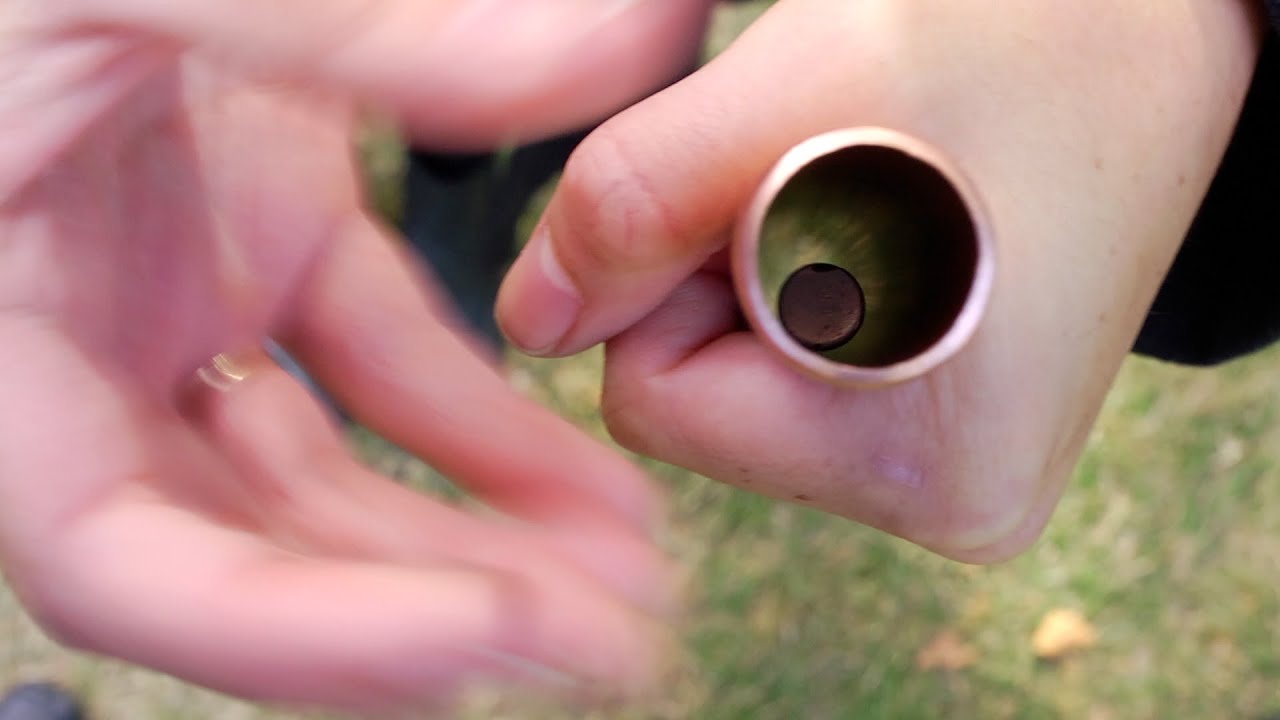 Michael Faraday created the first electric generator in 1831 using a coil of wire and a permanent magnet. When the magnet was moved relative to the coil, current was induced in the coil. A similar experiment can be performed with a copper tube and a magnet. Although copper is not magnetic, it is a conductor. As the magnet falls through the pipe, the magnetic field changes over different sections of the pipe. This induces swirling currents (called eddy currents), which create a magetic field that opposes the motion of the magnet. This means work must be done to move the magnet through the pipe. This work generates the electrical energy, which is then dissipated as thermal energy in the pipe. The same basic principle is used to generate electricity throughout the world: moving a magnet inside copper coils.