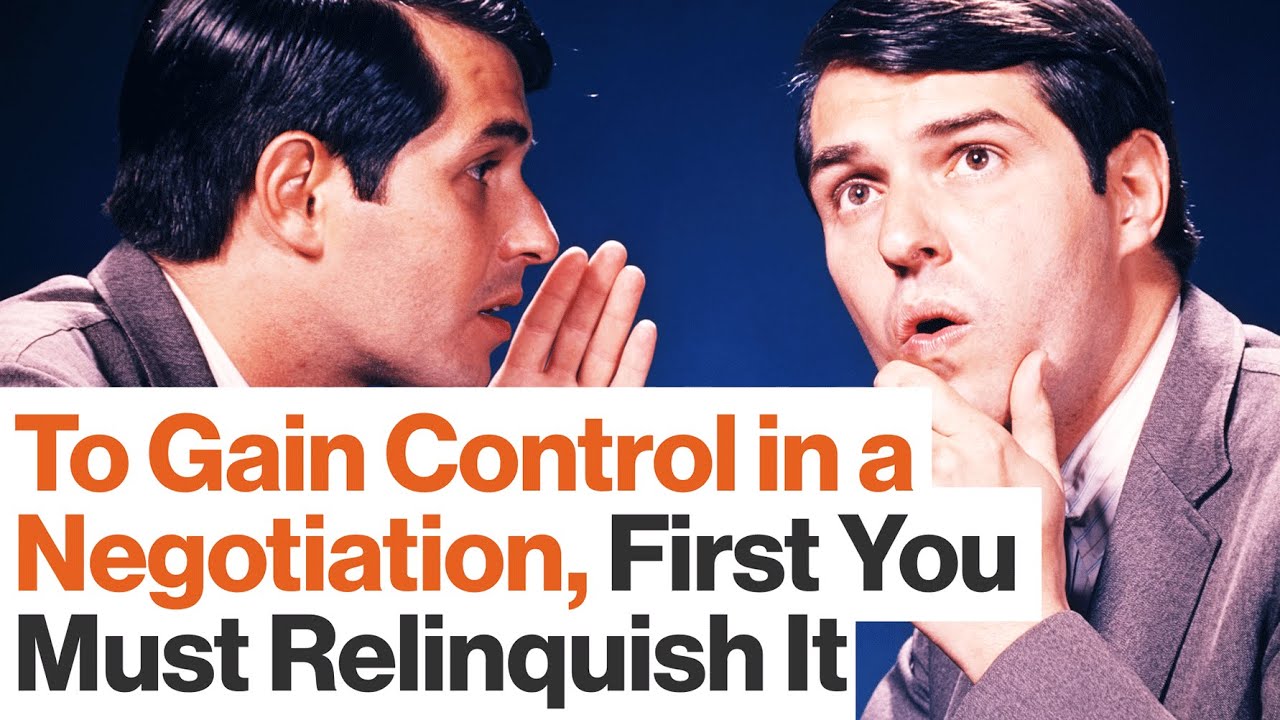 Chris Voss:  The secret to gaining the upper hand in negotiations is giving the other side the illusion of control. And the illusion of control is typically best given with either questions that begin with the words what or how. Well what and how should be the form of nearly any question where you’re trying to gather information. And it’s actually one of the ways we say no. The first and best way to say no to anyone is how am I supposed to do that? Now the other side actually has no idea as to the number of things you’ve done with them at the same time. You conveyed to them you have a problem. It’s something that we also referred to as forced empathy because one of the reasons why we exercise tactical empathy is because we want the other side to see us fairly. We want them to see our position; we want them to see the issues we have; we want them to see the constraints that we have.

And when you say to somebody, “How am I supposed to do that?” You make them take a look at your situation before they respond. And they think about it in a number of different ways. And a number of different people I’ve coached through negotiations who have felt completely helpless, they felt completely taken hostage, in the one instance where a woman thought she was taken hostage to the future and she just wasn’t getting paid. They called her up to give her more work and we taught her to say, trained her, counseled her to say, “How in my supposed to do that?” They thought about it for a while and they said, “You’re right you can’t.”

I’ve noticed that response is not word for word directly responsive to her question, what they responded to was they felt like she said to them, I can’t do this any more. I’ve reached my limit. And it’s a way to establish a limit in a way that doesn’t back the other side into a corner. You really want to be able to let out no a little bit at a time. And the first way to start letting …

For the full transcript, check out https://bigthink.com/videos/chris-voss-on-how-to-gain-the-upper-hand-in-negotiations

Quantum Physics in a Mirror Universe
The Tip of Pascal’s Iceberg #shorts
How bad is Exponential Growth? – Computerphile
Where is Scandinavia?
Geometry competition