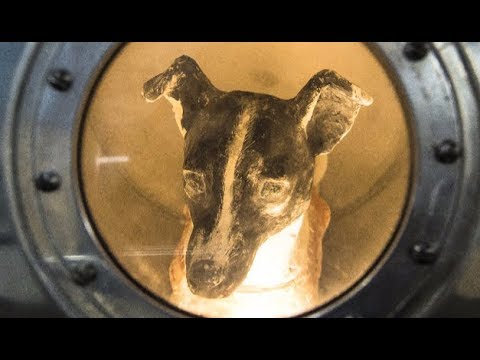 Politics & Society
Share on Facebook
Share on Twitter
Share on Pinterest
Share on LinkedIn
If you like this video don’t forget to like and subscribe http://goo.gl/dgHQSp
On this day, Nov. 3, in 1957, the Soviet Union launched the first-ever living animal into orbit: a dog named Laika
Before the space program, Laika had no home. She was a mongrel dog, found wandering the streets of Moscow
She was promoted to cosmonaut based partly on her size (small) and demeanor (calm)
Laika’s mission on board Sputnik 2 stunned the world
The Sputnik satellite carrying Laika blasted off on a rocket at 5.30 am Moscow time from Kazakhstan,
where the Soviet Union would later base its Baikonur cosmodrome.
Then suddenly during the ninth orbit of the Earth,
the temperature inside the capsule began to soar and reached over 40 degrees celsius
The hope was that Laika would stay alive for eight to 10 days,
but instead she died from overheating and dehydration after a few hours.
After five to seven hours into the flight,
no lifesigns were being received from Laika.
Laika had died from overheating and stress.

* Copyright Disclaimer Under Section 107 of the Copyright Act 1976, allowance is made for “fair use” for purposes such as criticism, commenting, news reporting, teaching, scholarship, and research.

– This video has no negative impact on the original works
– This video is also for research and commenting purposes.
– It is not transformative in nature.
– we only used bits and pieces of videos to get the point across where necessary.

If you have any issues with our “Fair Use”, please contact us directly, for an amicable and immediate attention. Sciencetodaytv@gmail.com

Thank you in advance for your understanding and cooperation.