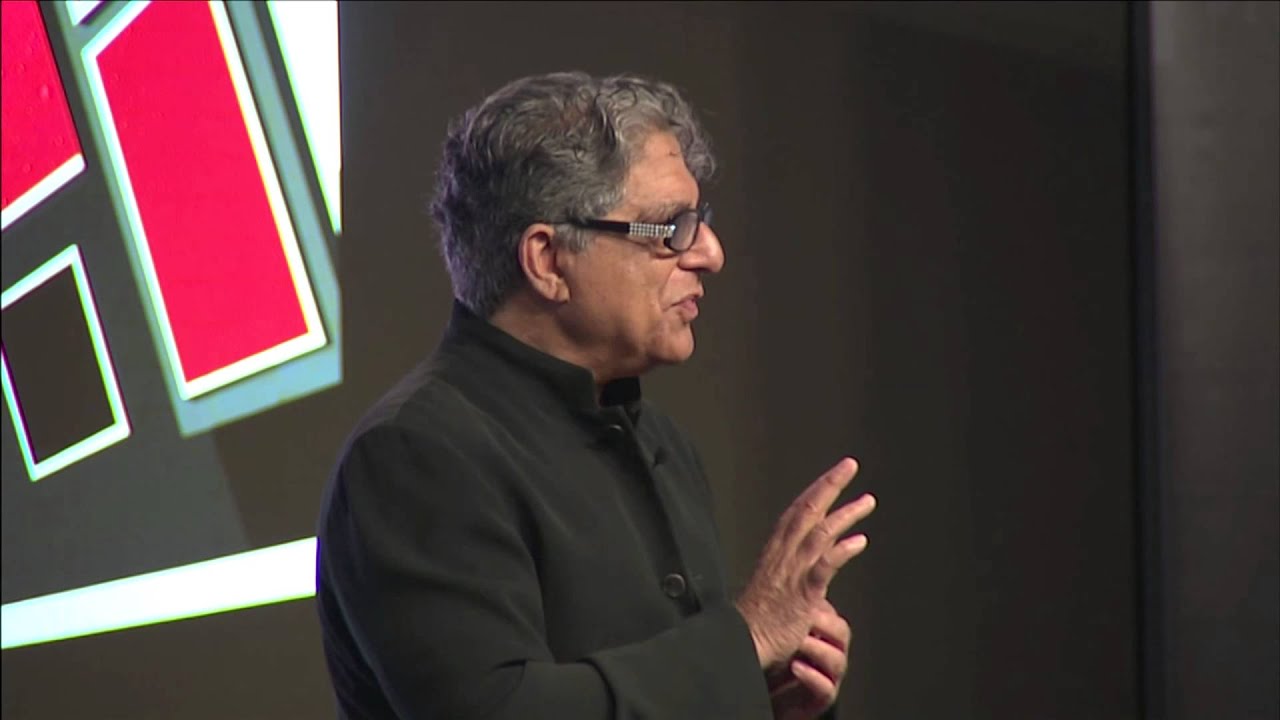 TED & Talks
Share on Facebook
Share on Twitter
Share on Pinterest
Share on LinkedIn
This talk was given at a local TEDx event, produced independently of the TED Conferences. Think of your body as a process – as a verb, not a noun. Learn how to move in the direction of good health, resurrect your soul, influence markers of aging at the cellular level and change your perception of your physical body.

Deepak Chopra, MD serves as the Founder and Chairman of The Chopra Foundation.

As a global leader and pioneer in the field of mind-body medicine, Chopra transforms the way the world views physical, mental, emotional, spiritual, and social wellness. Known as a prolific author of more than seventy-five books with twenty-two New York Times best sellers in both fiction and non-fiction, his works have been published in more than thirty-five languages.

Chopra’s medical training is in internal medicine and endocrinology and he is a Fellow of the American College of Physicians, and a member of the American Association of Clinical Endocrinologists. He serves as Co-Founder and Chairman of The Chopra Center for Wellbeing, Founder of The Chopra Well on YouTube, Adjunct Professor of Executive Programs at Kellogg School of Management at Northwestern University, Adjunct Professor at Columbia Business School, Columbia University, Senior Scientist with The Gallup Organization, Doctor Honoris Causa, The Giordano Brunio University, Doctor of Science, Hartwick College, and Faculty, Disney Imagineering. Time magazine has described Dr. Chopra as one of the top 100 heroes and icons of the century and credits him as “the poet-prophet of alternative medicine.”

Is The Placebo Effect a Hoax? #shorts
The most famous pulsar in music history
MIND-BLOWING MATH DISCOVERY – Multiply Numbers By Lines Rotation Geometry
How do we see yellow when there is no yellow light there?
19 Common Things Science Hasn’t Figured Out – Mental Floss List Show Ep. 525