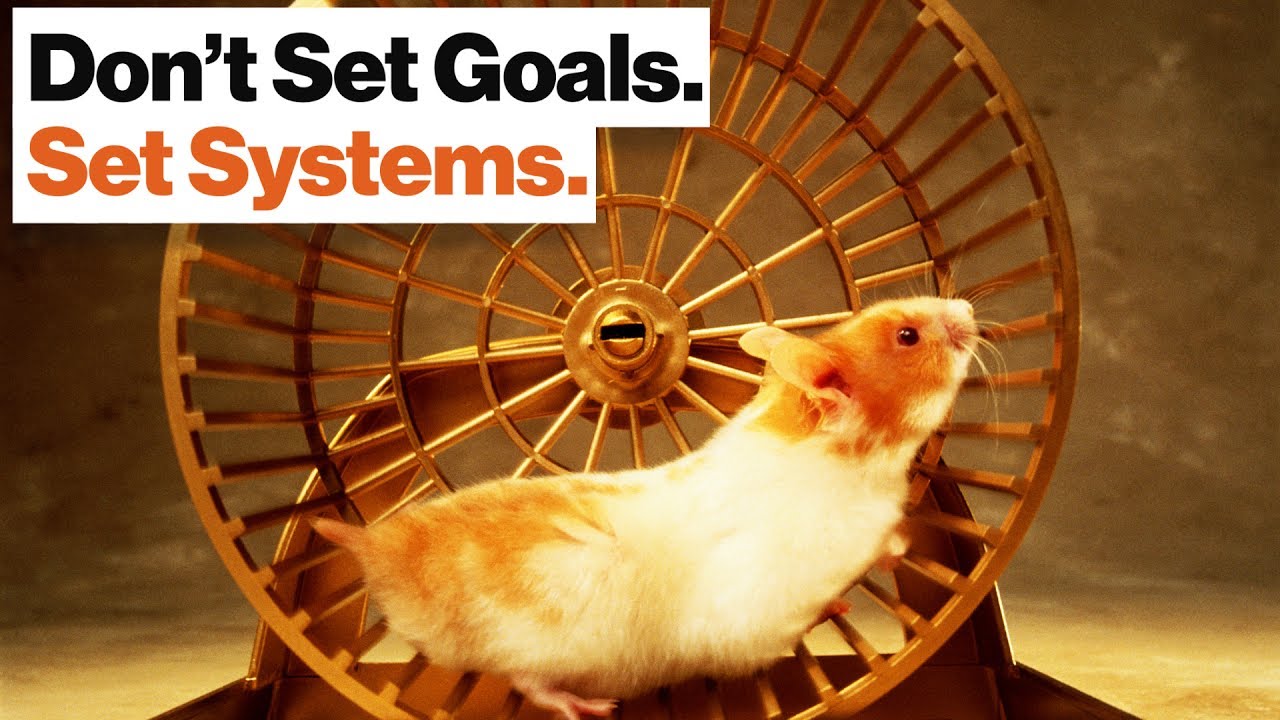 TED & Talks
Share on Facebook
Share on Twitter
Share on Pinterest
Share on LinkedIn
Goal Setting Is a Hamster Wheel. Learn to Set Systems Instead. | Adam Alter
New videos DAILY: https://bigth.ink
Join Big Think Edge for exclusive video lessons from top thinkers and doers: https://bigth.ink/Edge
———————————————————————————-
You’ve just achieved a goal you’ve been working towards for two years. You did it! Congratulations. Someone asks you: how does it feel? “Kind of anti-climactic, actually,” you say. This scenario is quite common among those who have achieved even the highest benchmarks in business, athletics, or art, says Adam Alter, and it’s because the goal setting process is broken. With long-term goals particularly, you spend the large majority of the time in a failure state, awaiting what could be a mere second of success down the track. This can be a hollow and unrewarding process. Describing an idea first proposed by Scott Adams in his book How to Fail at Almost Everything and Still Win Big, Alter suggests swapping quantitative goals (I will write 1,000 words of my novel per day. I will run 1km further every week) for qualitative systems—like writing every morning with no word target, or running in a new environment each week—that nourish you psychologically, and are independently rewarding each time you do them. Adam Alter is the author of Irresistible: The Rise of Addictive Technology and the Business of Keeping Us Hooked.
———————————————————————————-
ADAM ALTER:

Adam is the author of the New York Times bestseller, Drunk Tank Pink: And Other Unexpected Forces That Shape How We Think, Feel, and Behave, which examines how features of the world shape our thoughts and feelings beyond our control. He has also written for the New York Times, New Yorker, Atlantic, WIRED, Slate, Huffington Post, and Popular Science, among other publications. Adam has shared his ideas at the Cannes Lions Festival of Creativity, and with dozens of companies, including Google, Microsoft, Anheuser Busch, Prudential, and Fidelity, and with several design and ad agencies around the world. He is working on his second book, which asks why so many people today are addicted to so many behaviors, from incessant smart phone and internet usage to video game playing and online shopping.

Adam’s academic research focuses on judgment and decision-making and social psychology, with a particular interest in the sometimes surprising effects of subtle cues in the environment on human cognition and behavior. His research has been published widely in academic journals, and featured in dozens of TV, radio and print outlets around the world.

Adam Alter: Goal setting is fascinating because it’s sort of a broken process in many respects. This is the way a goal works: You say to yourself, “When I achieve (whatever the thing is), that’s how I’ll know I’ll have succeeded, and I’m going to do everything I can to get to that point as quickly as possible.” What that means is you exist in a failure state for a long time until you reach that goal, if it’s a long-range goal. And so as you evaluate your process all you get is the negative feedback of not having achieved that goal. Perhaps as you move closer to it there’s some positive feedback, but if the goal is really the end state that you’re seeking out, there’s a lot of failure before you get there. And now here’s the thing: when you do get there it’s a massive anti-climax.

So there are people who achieve the highest highs; people who achieve the highest highs in athletics, in business, and if you talk to them and you ask them to describe what it’s like to reach their goals they say things like, “I got there and it was an incredible anti-climax. The minute I got there I had to start something new, I had to find a new goal.” And that’s partly because there’s something really unsatisfying about the moment of reaching the goal. Unless it has its own benefits that come from reaching the goal, if it’s just a sort of signpost; that doesn’t do much for us, it doesn’t nourish us psychologically. And what that ends up meaning is that we have to try to find something new.

So really if you look at life as a series of goals, which for many of us i…

For the full transcript, check out https://bigthink.com/videos/adam-alter-want-to-succeed-dont-set-goals-set-systems

Where is Scandinavia?
Constrained Writing #shorts
Just Move The 4 #shorts
Should you catch a tossed coin? – Numberphile
Why don’t we just breathe nitrogen? #shorts #science #SciShow