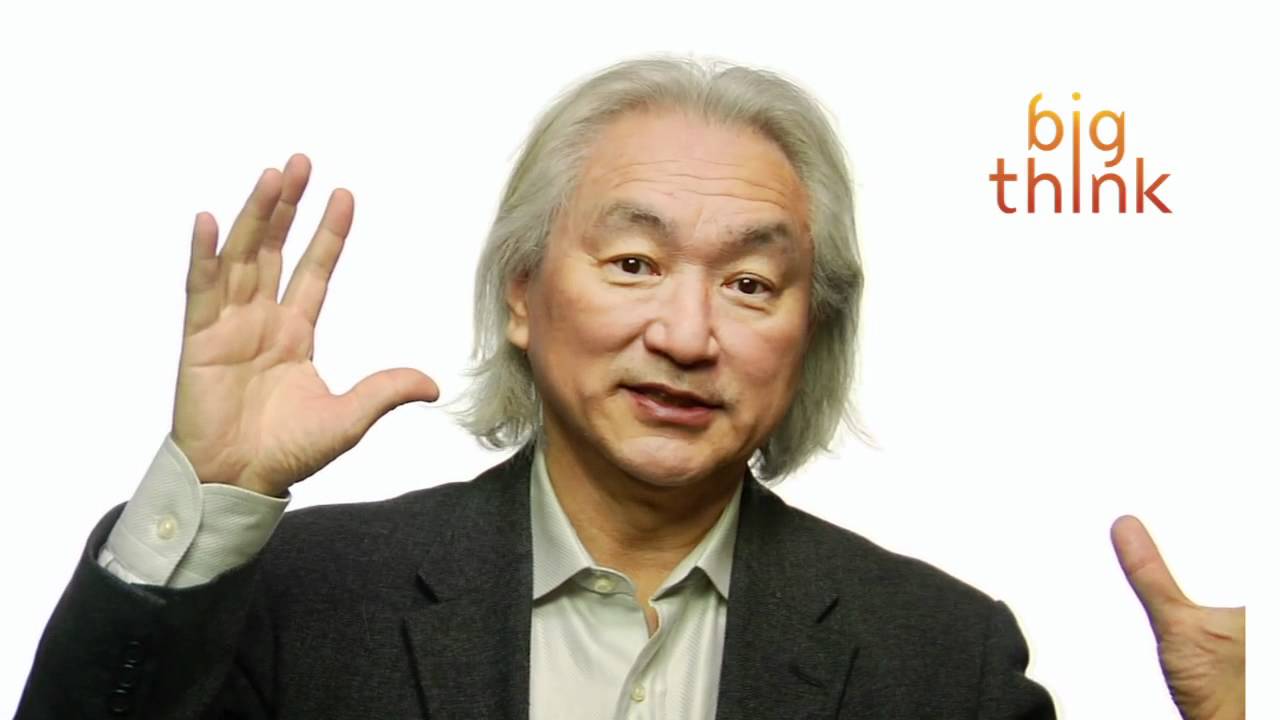 Question: Why are there only 11 dimensions in the universe rather than something higher? (Submitted by John Menon)

Michio Kaku: I work in something called String Theory, that’s what I do for a living. In fact, that’s my day job. I’m the co-founder of String Field Theory, one of the main branches of String Theory. The latest version of String Theory is called M-Theory, “M” for membrane. So we now realize that strings can coexist with membranes. So the subatomic particles we see in nature, the quartz, the electrons are nothing but musical notes on a tiny vibrating string.

So first of all, we are nothing but melodies. We are nothing but cosmic music played out on vibrating strings and membranes. Obeying the laws of physics, which is nothing but the laws of harmony of vibrating strings. But why 11? It turns out that if you write a theory in 15, 17, 18 dimensions, the theory is unstable. It has what are called, anomalies. It has singularities. It turns out that mathematics alone prefers the universe being 11 dimensions.

Now some people have toyed with 12 dimensions. At Harvard University, for example, some of the physicists there have shown that a 12-dimensional theory actually looks very similar to an 11-dimensional theory except it has two times, double times rather than one single time parameter. Now, what would it be like to live in a universe with double time? Well, I remember a movie with David Niven. David Niven played a pilot, who was shot down over the Pacific, but the angels made a mistake, he was not supposed to die that day. And so the angels brought him back to life and said, “Oh, sorry about that. We killed you off by accident; you were not supposed to die today.”

So in a great scene, David Niven then walks through a city where time has stopped. Everyone looks like this. And there’s David Niven just wandering around looking at all these people. That’s a world with double time. David Niven has one clock, but everyone else has a separate clock and these two clocks are perpendicular to each other. So if there’s a double time universe, you could walk right into a room, see people frozen in time, while you beat to a different clock. That’s a double time universe.

Now this is called F-Theory, “F” for father, the father of strings. It’s not known whether F-Theory will survive or not; however, M-Theory in 11 dimension is the mother of all strings. And that theory works perfectly fine. So to answer your question, in other dimensions, dimensions beyond 11, we have problems with stability, these theories are unstable, they decay back down to 11 dimensions, they have what are called anomalies, singularities, which kill an ordinary theory. So the mathematics itself forces you to 11 dimensions.

Also because this is a Theory of Everything, there’s more room in higher dimensions to put all the forces together. When you put gravity, electromagnetism and the nuclear force together, four dimensions is not big enough to accommodate all these forces. When you expand to 11 dimensions, bingo, everything forms perfectly well.