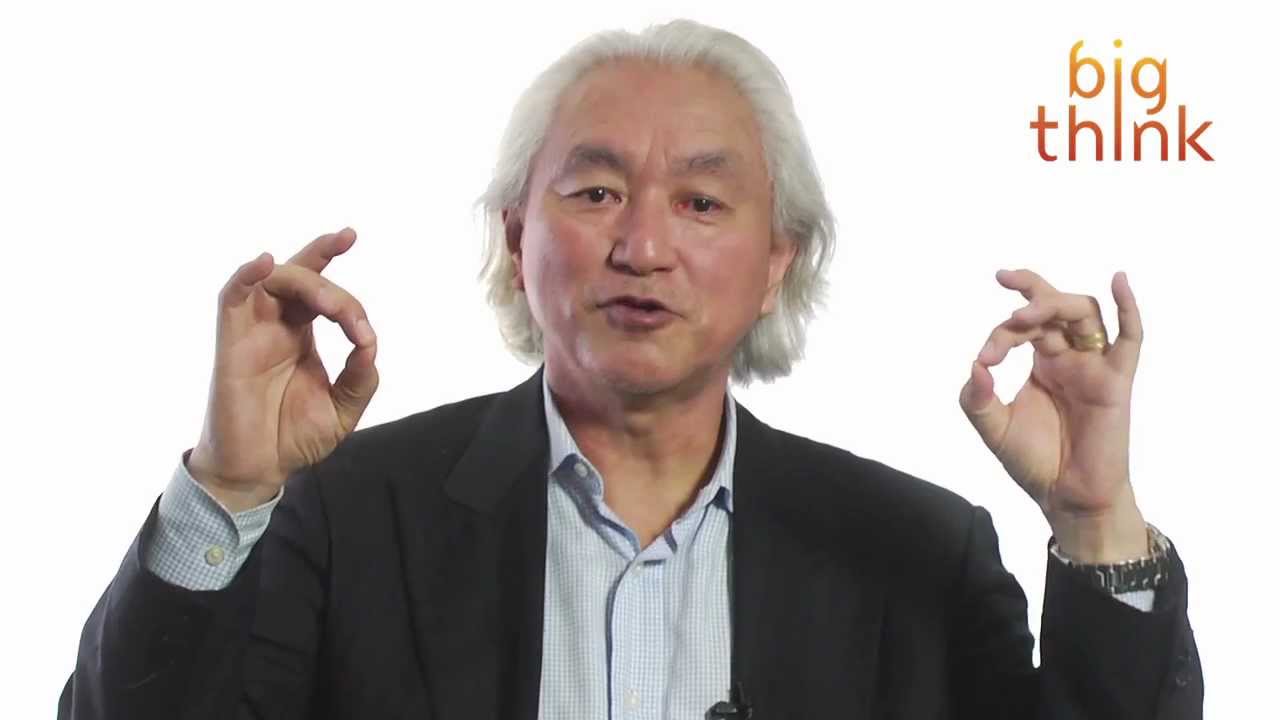 Michio Kaku: We have found the Higgs boson. So then the next question is what’s next? Well the Large Hadron Collider, this machine that is 27 miles in circumference, costing 10 billion dollars is big enough to create the next generation of particles. So the Higgs boson in some sense is the last hurrah for the old physics, the old physics of what is called the standard model, which gives us quarks and electrons. The new theory is going to take us into dark matter. Now we know dark matter exists. Dark matter is invisible, so if I held it in my hand you wouldn’t see it. In fact, it would go right through my fingers, go right through the rock underneath my feet and go all the way to China. It would reverse direction and come back from China all the way here to New York City and go back and forth.

So when our universe expands what does it expand into? Hyperspace, a dimension beyond what you can see and touch. In fact, string theory predicts that there are 11 dimensions of hyperspace, so we’re nothing but a soap bubble floating in a bubble bath of soap bubbles and so in some sense the multiverse can be likened to a bubble bath. Our universe is nothing but one bubble, but there are other bubbles. When two bubbles collide that could merge into a bigger bubble, which could be the big bang. In fact, that is what probably the big bang is or perhaps a bubble fissioned in half and split off into two bubbles. That could be the big bang. Or perhaps the universe popped into existence out of nothing. That is also a possibility…

Read the full transcript at https://bigthink.com/videos/a-universe-is-a-free-lunch

How do we see yellow when there is no yellow light there?
How we can use the hiring process to bring out the best in people | The Way We Work, a TED series
What If The World Lost Oxygen For 5 Seconds?
Why Americans don’t trust each other | Todd Rose for Big Think
The Secret Weapon That Could Help Save Bees