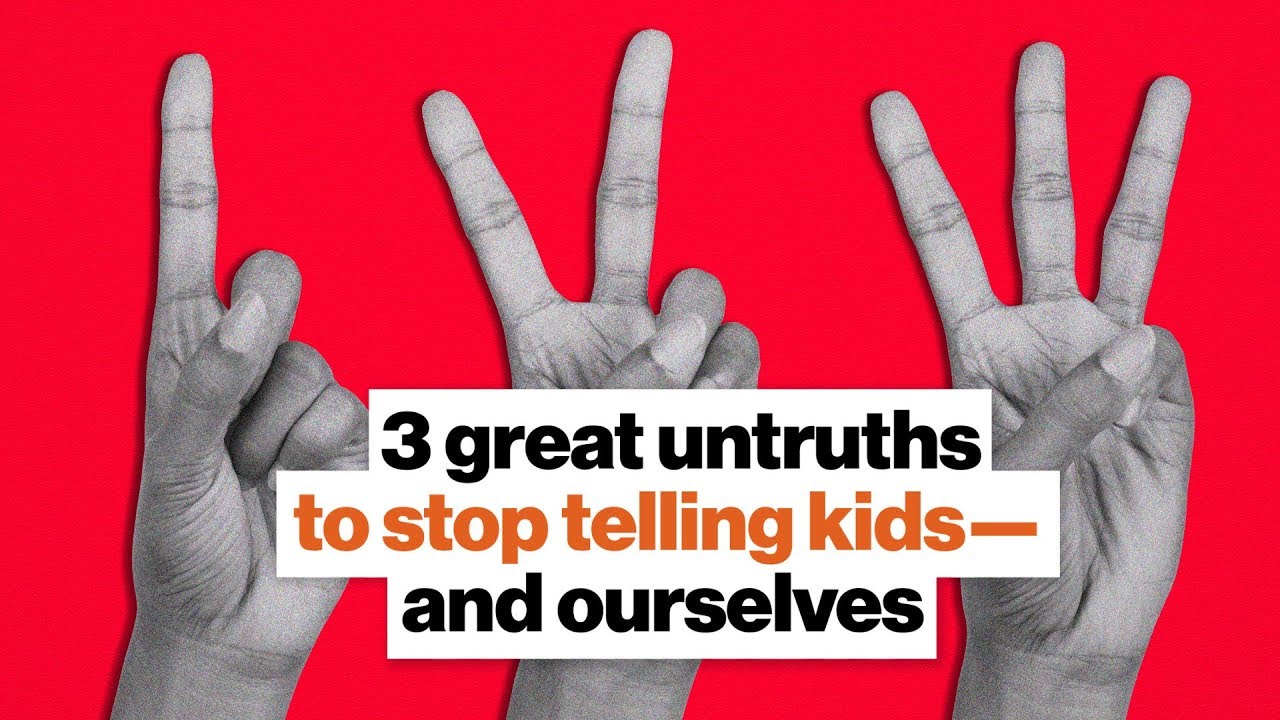 TED & Talks
Share on Facebook
Share on Twitter
Share on Pinterest
Share on LinkedIn
3 great untruths to stop telling kids—and ourselves
Watch the newest video from Big Think: https://bigth.ink/NewVideo
Join Big Think Edge for exclusive videos: https://bigth.ink/Edge
———————————————————————————-
Popular platitudes can squash your critical thinking, argues moral psychologist Jonathan Haidt.
Always trust your feelings? The world is a battle between good and evil? These popular pieces of conventional wisdom are merely myths—ones that can set us up for failure.

He highlights three great untruths and explains the psychological principles that debunk them. Unlearning a few token ideas can make us more resilient and help us grow, rather than break, in the face of adversity.
———————————————————————————-
JONATHAN HAIDT:

Jonathan Haidt is the Thomas Cooley Professor of Ethical Leadership at New York University’s Stern School of Business. He is the author of The Righteous Mind and The Happiness Hypothesis.
———————————————————————————-
TRANSCRIPT:

JONATHAN HAIDT: So my first book, ‘The Happiness Hypothesis’, was a collection of ten insights from sages around the world that were psychological truths, and one of them is: What doesn’t kill you makes you stronger. That gets at the idea, the psychological principle, of anti-fragility. It’s a wonderful term. It’s actually a clunky, ugly term, but it was made up by Nassim Taleb because we don’t have a word for this in the English language, which is that there’s some systems that get stronger if they get pushed around, knocked around.

But there are some things that have to get thrown off the table. There are some systems that have to get pushed around, and Taleb wrote this book ‘Antifragile’ or antifragility because things like the banking system had to be tested or it gets fragile and collapses. Bones have to be tested, used, or they get weak; if you were to fly to Mars your bones would get weak. The immune system, if you protect kids from bacteria, if you keep them in a sterile environment you’re damaging their immune system. The immune system has to face challenges in order to learn.

The next untruth is “Always trust your feelings”. It may sound wise, it may sound romantic, but wise people around the world have noticed that we don’t react to the world as it actually is, we react to the constructions, the perceptions. Epictetus said, “It is not things themselves that disturb us, but our interpretations of things.” This is the basis of cognitive behavioral therapy.

Aaron Beck, a psychiatrist in the 1960s, noticed that depressed and anxious people have a way of constructing these beliefs that, “I’m bad, the future is bad, the world is a bad place,” and they’re mutually reinforcing. And this is the way the world feels to them, and if you can improve their thinking and break up those beliefs, they’re released from the depression. What we’ve begun seeing on campus is that students are encouraged to follow their feelings; if they feel offended by something then they have been attacked. They’re supposed to not question those feelings. But part of wisdom is the ability to say, “Now, wait a second, are there other ways to look at this?”

The third great untruth, my favorite, the worst and most dangerous and darkest of all is that life is a battle between good people and evil people. If you think about it for a moment, who are we? What is our species? We evolved in small-scale societies that were locked in struggle with other small-scale societies. Human nature is really…

Read the full transcript at https://bigthink.com/videos/3-great-untruths-to-stop-telling-kids-and-ourselves

This confuses a lot of people
Michael Cohen: Sex, lies, and campaign finance
There are two kinds of identity politics. One is good. The other, very bad. | Jonathan Haidt
David McCandless on Knowledge is Beautiful
Which Fish Did We Evolve From?