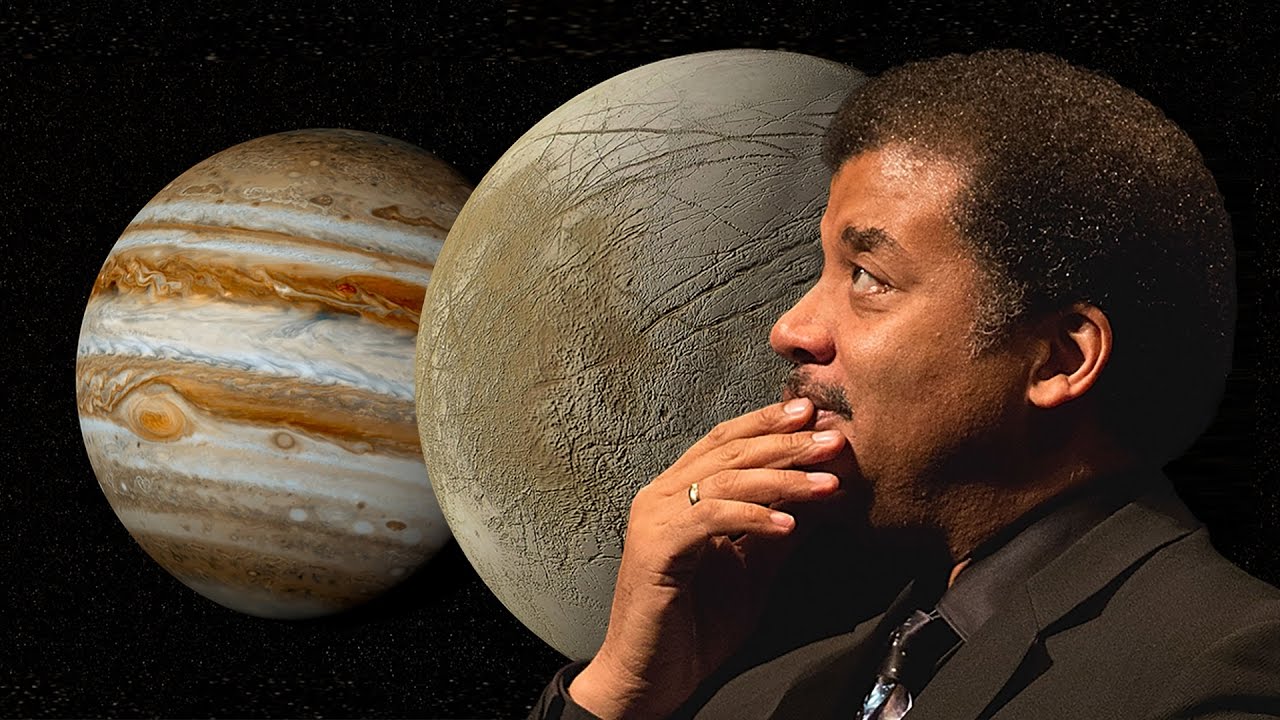 New videos DAILY: https://bigth.ink
Join Big Think Edge for exclusive video lessons from top thinkers and doers: https://bigth.ink/Edge
———————————————————————————-
Where there is water, there is life—and Europa’s got water alright: scientists believe it has twice the volume of Earth’s oceans swirling beneath its kilometers-thick ice crust. A moon in Jupiter’s massive orbit, Europa has captivated astrophysicists, including Neil deGrasse Tyson, because it has completely blown open the borders in the search for life in our universe. Europa is well outside of the life-supporting “Goldilocks Zone”. Tyson explains how liquid water can exist in such a frozen part of our solar system, and how engineers might approach getting through all that ice to potentially come face to face/membrane with life, whether simple or complex. It won’t be too long before NASA’s ‘Europa Clipper’ mission makes its move to investigate the habitability of the icy moon: it will head for Europa in the 2020s. Tyson’s new book is Astrophysics for People in a Hurry.
———————————————————————————-
NEIL DEGRASSE TYSON:

Neil deGrasse Tyson was born and raised in New York City where he was educated in the public schools clear through his graduation from the Bronx High School of Science. Tyson went on to earn his BA in Physics from Harvard and his PhD in Astrophysics from Columbia.  He is the first occupant of the Frederick P. Rose Directorship of the Hayden Planetarium. His professional research interests are broad, but include star formation, exploding stars, dwarf galaxies, and the structure of our Milky Way. Tyson obtains his data from the Hubble Space Telescope, as well as from telescopes in California, New Mexico, Arizona, and in the Andes Mountains of Chile.Tyson is the recipient of nine honorary doctorates and the NASA Distinguished Public Service Medal. His contributions to the public appreciation of the cosmos have been recognized by the International Astronomical Union in their official naming of asteroid “13123 Tyson”.
———————————————————————————-
TRANSCRIPT:

Neil deGrasse Tyson: Nobody doesn’t love Europa. Let me back up.

When we think of places you might find life we typically think of the Goldilocks zone around a star where water would be liquid in its natural state, and if you get a little too close to the star heat would evaporate the water and you don’t have it anymore, it’s gone. Too far away, it would freeze and neither of those states of H2O are useful to life as we know it. We need liquid water. So you can establish this green zone, this habitable zone, this Goldilocks zone where if you find a planet orbiting there: hey, good chance it could have liquid water. Let’s look there first for life as we know it.

So Jupiter and surrounding moons are actually pumping energy into Europa. And how does it do that? As Europa orbits Jupiter its shape changes. It’s not fundamentally different from tides rising and falling on Earth. The shape of the water system of the earth is responding to tidal forces of the moon and when you do that to a solid object, the solid object is stressing and because of this, a consequence of this is that you are pumping energy into the object.

It is no different from when you say—anyone who’s familiar with racquet sports, indoor racquet sports, it could be racquetball or squash—you say, “Let’s warm up the ball before we start playing.” You want to hit it around a few times. You are literally warming up the ball. It’s not just simply, “Let’s get loose,” it’s, you are literally warming up the ball. How? You are distorting it every time you smack it and then the resilience of the ball pops it back into shape, and every time you do that, every smack, you’re pumping energy into the ball. That’s not fundamentally different from what’s going on in orbit around Jupiter.

So you have this frozen world Europa, completely frozen on its surface, but you look at the surface and there are cracks in the ice. There are ridges in the ice where there’s a crack and it’s shifted and then re-froze. So this ridge has a discontinuity in the crack and it continues in another place. So what this tells you is that Europa cannot be com…

For the full transcript, check out https://bigthink.com/videos/neil-degrasse-tyson-life-on-europa-jupiters-icy-moon

Disney’s Bob CEO drama, in one chart #shorts
What’s A Rescue Swimmer? – U.S. Coast Guard – Smarter Every Day 279
How did turkeys get so big #shorts
Is it dangerous to talk to a camera while driving?
10 Ways the Government is SPYING on You