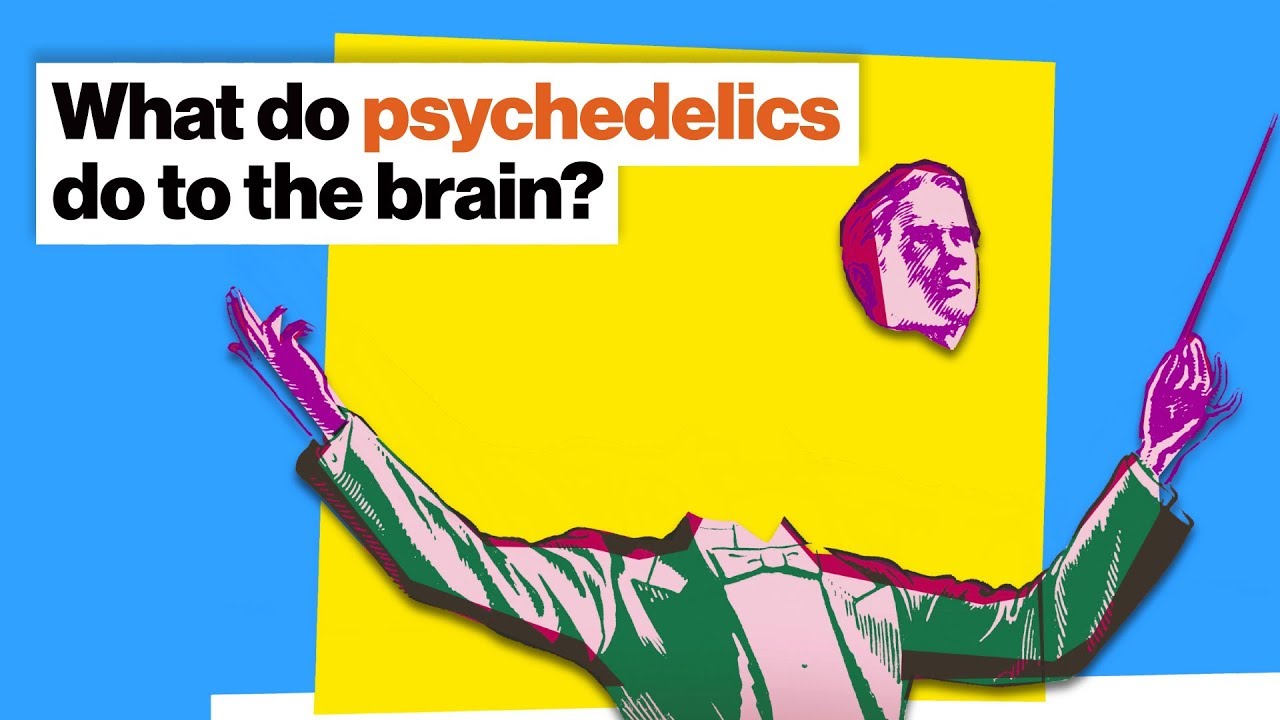 Researchers describe the effect of psychedelics as “letting the brain off its leash”, or firing the conductor to let the orchestra play. Without the default mode network acting as a dictator, areas of the brain that don’t normally interact meet, producing phenomena like hallucinations and synesthesia.

An overactive ego may be what punishes those of us plagued with anxiety, addiction and mental health disorders. Psychedelics can have a beneficial effect by temporarily killing the ego, jogging the brain out of negative thinking patterns.
———————————————————————————-
MICHAEL POLLAN

Michael Pollan is the author of How to Change Your Mind and seven previous books including Cooked, Food Rules, In Defense of Food, The Omnivore’s Dilemmaand The Botany of Desire, which received the Borders Original Voices Award for the best non-fiction work of 2001, and was recognized as a best book of the year by the American Booksellers Association and Amazon.com. PBS premiered a two-hour special documentary based on The Botany of Desire in fall 2009.
———————————————————————————-
TRANSCRIPT:

MICHAEL POLLAN: So how do these psychedelics work? Well, the honest answer is: We don’t entirely know. But we know a few things. One is, they fit a certain receptor site — the serotonin 52A receptor — and they look a lot like serotonin, if you look at the molecular models of them. And in fact, LSD fits that receptor site even better than serotonin does, and it stays there longer, and that’s why the LSD trip can last 12 hours.

What happens after that, we don’t really know. It’s an agonist to that receptor, so it increases its activity. And this, the neuroscientists say, “leads to a cascade of effects,” which is shorthand for “don’t really know what happens next.” But one thing we do know, or we think we know, is that it appears that one particular brain network is deactivated or quieted, and that is the default mode network. This was discovered not very long ago by a researcher in England named Robin Carhart-Harris, who was dosing people with psilocybin and LSD and then sliding them into an MRI machine to take an FMRI, a Functional Magnetic Resonance Image. And the expectation, I think, was that people would see an excitation of many, many different networks in the brain. That’s what the kind of mental firework foretold. But he was very surprised to discover that one particular network was down-regulated, and that was this default mode network.

So what is that? Well, it’s a tightly linked set of structures connecting the prefrontal cortex to the posterior cingulate cortex to deeper, older centers of emotion and memory. It appears to be involved in things like self reflection, theory of mind (the ability to impute mental states to others), mental time travel (the ability to project forward in time and back) which is central to creating an identity, right? You don’t have an identity without a memory. And the so-called autobiographical memory, the function by which we construct the story of who we are by taking the things that happen to us and folding them into that narrative, and that appears to take place in the posterior cingulate cortex.

So to the extent the ego can be said to have a location in the brain, it appears to be this, the default mode network. It’s active when you’re doing nothing, when your mind is wandering. It can be very self critical. It’s where self talk takes place. And that goes quiet. And when that goes quiet, the brain is sort of, as one of the neuroscientists put it, let off the leash because those ego functions, that self idea, is a regulator of all mental activity. And the brain is a hierarchical system and the default mode network appears to be at the top; it’s kind of the orchestra conductor or corporate executive. And you take that out of the picture, and suddenly you have this uprising from other parts of the brain, and you have networks that don’t ordinarily communicate with one another suddenly striking up conversations. So you might have the visual cortex talking to the auditory system and suddenly you’re seeing music. Or it becomes palpable. You can feel it or smell it — synesthesia. So you have this temporary rewiring of the brain in the absence of the control of the regulator…

To read the full transcript, go to: https://bigthink.com/videos/psychedelics-in-the-brain-fire-the-conductor-let-the-orchestra-play

Why are three kids less common? Is it the car seats?
Retracing a Mastodon’s Steps With Chemistry
10 DISTURBING COLLECTIONS People Actually Have!
How To Capture Black Holes
The decline of American democracy in one graph