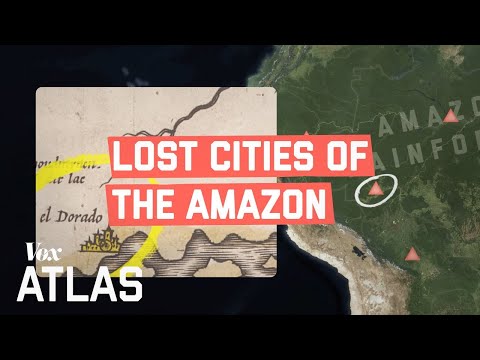 Subscribe and turn on notifications 🔔 so you don’t miss any videos: http://goo.gl/0bsAjO

The Amazon has always been one of the most mysterious places on earth.

When European colonizers arrived in the 16th century, they were captivated by rumors of a golden city, hidden somewhere in the rainforest. Their search for “El Dorado” lasted more than a century, but only resulted in disaster, death, and further conquest of the indigenous people there.

Experts thereafter looked at the Amazon and saw only a desolate jungle; too harsh for extensive agriculture and therefore sparsely populated. They believed that it had always been this way.

Beginning in the late 20th century, archaeologists began looking more closely at the forest floor. Working with the indigenous people who still remained there, they excavated long ditches and mounds. After mapping them, they could see that these were the markings of large settlements; walls, moats, plazas, and roads that connected even more settlements. And they were all over the Amazon.

The works of Michael Heckenberger; https://anthro.ufl.edu/2013/09/29/heckenberger/

Once Hidden by Forest, Carvings in Land Attest to Amazon’s Lost World

Make sure you never miss behind the scenes content in the Vox Video newsletter, sign up here: http://vox.com/video-newsletter

Support Vox’s reporting with a one-time or recurring contribution: http://vox.com/contribute-now