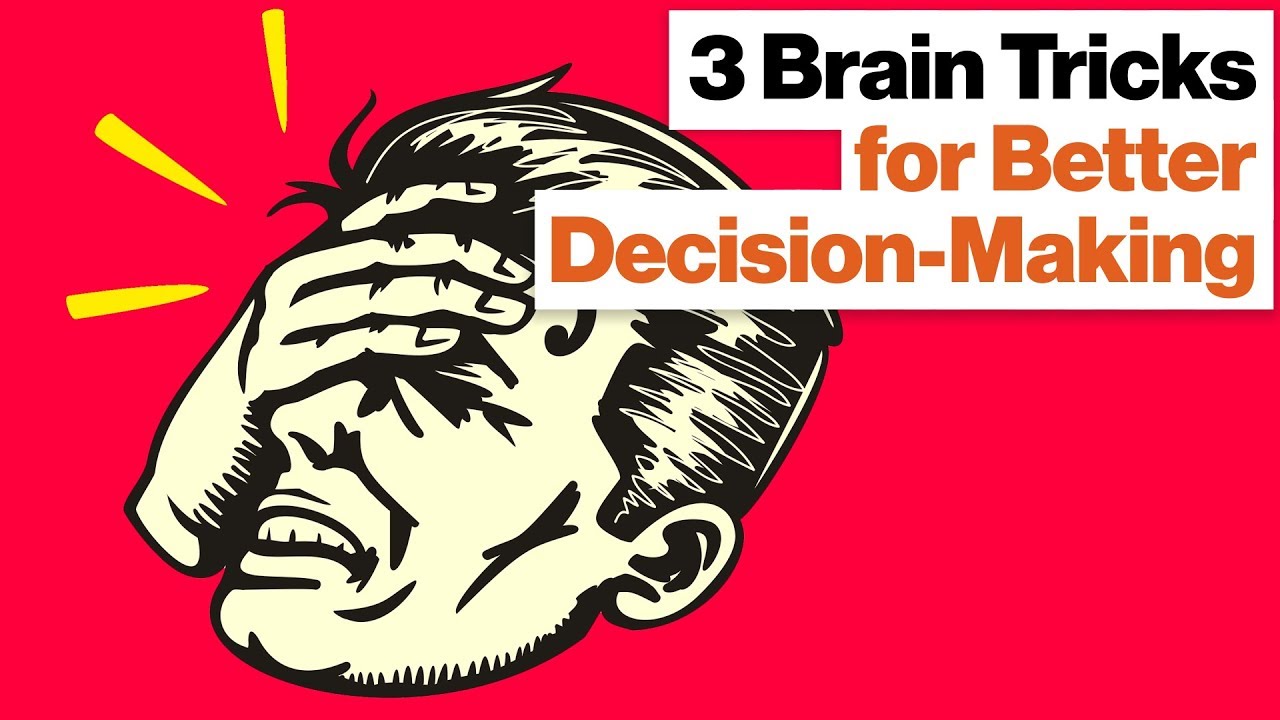 TED & Talks
Share on Facebook
Share on Twitter
Share on Pinterest
Share on LinkedIn
3 Brain Tricks That Will Help You Make Better Decisions
Watch the newest video from Big Think: https://bigth.ink/NewVideo
Join Big Think Edge for exclusive videos: https://bigth.ink/Edge
———————————————————————————-
Pop quiz, hot shot! What do cows drink? If you’re like the vast majority of people, you probably just had the word “milk” flash in your brain. That’s natural, as ‘cow’ plus ‘drink’ to most people equals ‘milk’. But that’s your automatic system talking, and that, as neuroscientist Dean Buonomano points out, is usually the part of the brain that makes most of the bonehead decisions in life like forgetting people’s names and missing easy math problems. The reflective system, on the other hand, is the more logical and computational part of the brain. It takes a little longer to arrive at the answer but that’s because it’s doing a much deeper dive than your other system. It’s a fascinating topic, and Dean explains it perfectly. And if you’re still wondering what the answer to the pop quiz was, your reflective system should’ve told you that cows drink water. Dean Buonomano’s new book is Your Brain is a Time Machine.
———————————————————————————-
DEAN BUONOMANO:

Dean Buonomano was among the first neuroscientists to begin to ask how the human brain encodes time. It’s not an easy concept to grasp, Buonomano says, and for that reason many researchers overlook it. “The first field of modern science was probably geometry, which was formalized by Euclid around 300 B.C.,” says the researcher, “What’s amazing about geometry is that there is absolutely no time involved; it’s the study of things that never change. And there’s a reason why it is one of the first science fields. Science is much easier if you can ignore time.”

Buonomano was in grad school when he became enamored of the question of how we navigate through time. As a graduate student at the University of Texas (UT) Health Science Center at Houston, Buonomano collaborated with Michael Mauk after he heard Mauk’s lecture on his studies of the neural circuits in the cerebellum. Mauk and Buonomano modeled the way the cerebellum’s circuits could respond to stimuli and showed that this type of neuronal network can differentiate between time intervals that differ by just tens of milliseconds. Such networks also have the ability to tune the timing of their responses, the two found. “My collaboration with him was absolutely formative for me,” says Buonomano. “Mauk had this very influential notion that time is encoded in the changing patterns of neuronal activity.”

Today, Buonomano’s laboratory at the University of California, Los Angeles, uses computational modeling, in vitro electrophysiology, and human psychophysics experiments to explore how neurons and the brain as a whole perceive and respond to time. Here, Buonomano describes how he performed his first experiments on his little sister, bathed mice with antidandruff shampoo, and hypothesized that timing is so integral to brain function that all of our brain’s circuits keep tabs on the clock.

In his new book, Your Brain Is a Time Machine, brain researcher and best-selling author Dean Buonomano draws on evolutionary biology, physics, and philosophy to present his influential theory of how we tell, and perceive, time. The human brain, he argues, is a complex system that not only tells time but creates it; it constructs our sense of chronological flow and enables “mental time travel”—simulations of future and past events. These functions are essential not only to our daily lives but to the evolution of the human race: without the ability to anticipate the future, mankind would never have crafted tools or invented agriculture. The brain was designed to navigate our continuously changing world by predicting what will happen and when.
———————————————————————————-
TRANSCRIPT:

And one of the reasons why is: it goes a bit beyond this notion that we didn’t evolve to remember numbers or we didn’t…

How good are you at calculating risk? – Gerd Gigerenzer
Challenging puzzle
What Makes Fruit Mealy?
Mephisto Spiral Illusion! #shorts
Why Americans don’t trust each other | Todd Rose for Big Think