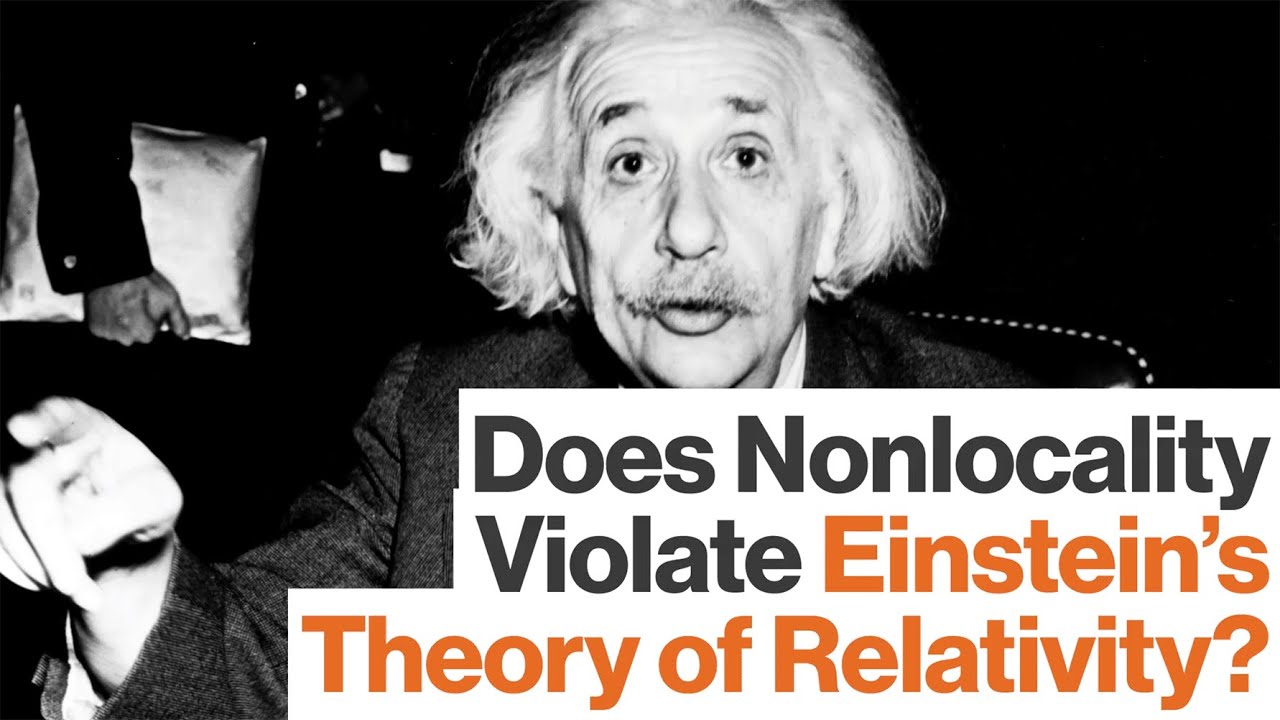 TED & Talks
Share on Facebook
Share on Twitter
Share on Pinterest
Share on LinkedIn
Einstein’s Theory of Relativity Can’t Explain Nonlocality
New videos DAILY: https://bigth.ink
Join Big Think Edge for exclusive video lessons from top thinkers and doers: https://bigth.ink/Edge
———————————————————————————-
The ability of particles to coordinate their behavior across distances may seem to violate the speed-of-light constant, but is a signal really being sent between them? Or does Einstein still reign?

George Musser is a contributing editor at Scientific American magazine and the author of two books, Spooky Action at a Distance and The Complete Idiot’s Guide to String Theory. He is the recipient of the 2011 American Institute of Physics Science Writing Award and the 2010 American Astronomical Society’s Jonathan Eberhart Planetary Sciences Journalism Award. He was a Knight Science Journalism Fellow at MIT from 2014 to 2015.
———————————————————————————-

George Musser:  So spooky action at a distance was Einstein’s kind of appellation for the idea of nonlocality. Non-locality is the technical term for it. So the example I often give is two coins. So you can treat some of these particles as having two possible outcomes of a measurement. And you can think about it as heads or tails of a coin. So you create two of them. You give one to your friend. Your friend goes off somewhere and you keep the other. And you both flip the coin and you come up with heads, they come up with heads. You come up with tails, they come up with tails. Heads, tails. It just goes back and forth. And yet they’re the same answer on both sides.

So this non-local connection among these particles or whatever kind of object is bearing that connection seems to violate our intuition from Einstein’s Theory of Relativity. So that theory among other things said that influences in nature are limited by the speed of light. So you can’t have any kind of subspace radio or answerable like they have in science fiction. There has to be a limit to the speed at which influences the signals can propagate. So these particles which can exist on the opposite sides of the universe seem to disobey that principle. But the situation’s kind of subtle and the reason it’s subtle is that the particles are unable to send an ordinary communication. You can’t use them to radio signal or have some kind of telemetry or remote control across that gap. And the reason is quite simple. The reasons are the outcomes of those particle experiments or the flips of the coin are random. So they just come up heads or tails and heads or tails and you can’t decide is it heads or is it tails. So you’ve got no way to manipulate the coin and thereby produce an outcome at the distant location. So you can’t communicate. You can’t send a signal. So on the one hand the phenomena seems to violate relativity theory. But on the other hand it kind of pulls back from the precipice. It doesn’t actually violate it in a practical sense. You can’t send a signal faster than light.

It still however poses kind of a theoretical conundrum. Why are these particles able to coordinate their behavior even though they’re so far apart. So there’s a tension with Einstein’s Theory of Relativity not perhaps an outright observed contradiction of the theory.

The question of why these particles can coordinate, why these coins can land on the same side no matter where they might be is really it could be very perplexing. And Einstein was troubled by it. He thought the particles for instance were basically had a mechanism in them or some kind of like gimmick built into them like a magician would have kind of a trick coin. And he thought the particles were also like trick coins that they were preprogrammed to land on one side or the other. But in the 60s and 70s that particular explanation was ruled out. So the other possibility is that there might be some kind of signal going between them. But that seems to be ruled out because you couldn’t do the experiment kind of in synchrony. You can do it at the same time and yet the coins can still act in a coordinated way. So you’re kind of left with like what’s going on. It’s just a mystery here. There’s almost like a magical magic wand or Obi-Wan sensing the disruption of all Alderaan kind of situation going on here. It’s kind of a magical situation. So the thinking today is that it represents a violation, a kind of undermining of space, the very fabric of space.

That things in the universe seem to be located far apart from one another. They have individual locations and they need to interact by mechanisms that propagate within space. And these particles violate that expectation so it seems to indicate that space itself is somehow not fundamental. It’s not a real or deep feature of reality.

Why Americans don’t trust each other | Todd Rose for Big Think
The theme park inside an old nuclear power plant
27 Facts about James Bond – mental_floss List Show Ep. 416
SciShow Preview
How To Turn Poop Into Power