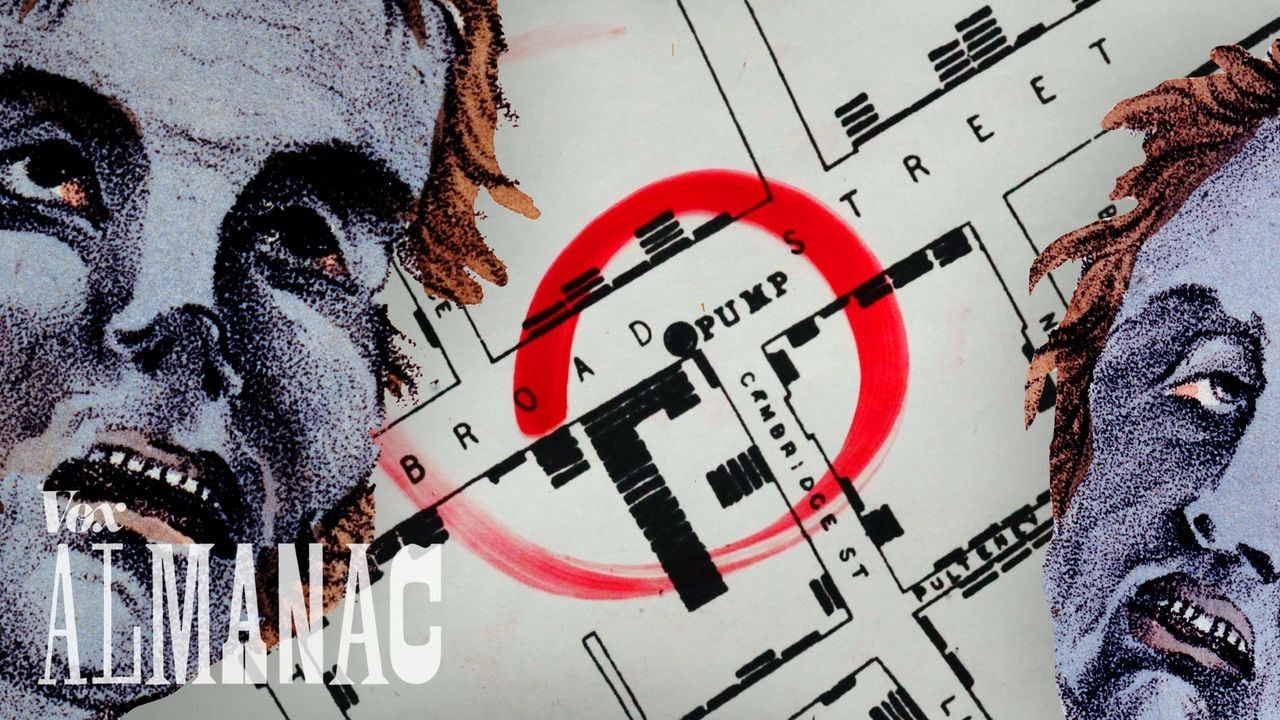 In 1854, news spread about a mysterious new cholera outbreak in London. At the time, doctors and scientists largely believed the disease traveled in a “miasma” — a floating cloud of sickness. Dr. John Snow suspected bad water might actually be the agent of transmission — and he wanted to prove it in time to stop the outbreak.

Through a mix of personal interviews, clever detective work, and data analysis that included tables and a famous map, Snow managed to stop the outbreak and convince local public health officials, eventually, that cholera could be transmitted through water, not a miasma. Since his breakthrough study, the map has become an iconic piece of epidemiological history, as an illustration of keen detective work, analysis, and visual representation with a map that, even today, tells a story.

Watch the above video to learn more.

Cholera, chloroform, and the science of medicine : a life of John Snow
https://archive.org/details/cholerachlorofor00pete

This lengthy academic study of John Snow’s life and work follows his career as a pioneering anesthesiologist as well as his work on cholera. It clears up a lot of misconceptions about his influence and work and gives you a bit of a picture of snow as a person (he was a teetotaler and vegetarian — both unusual for the time).

Tom Koch’s history of disease mapping is a great overview of the discipline. It shows how the practice existed before Snow, how Snow’s map changed and influenced the field (and how it didn’t), and how far disease mapping has come since.

The Tip of Pascal’s Iceberg #shorts
How do we see yellow when there is no yellow light there?
Constrained Writing #shorts
How Nature Can Shape Leadership @TED @TEDx #shorts #tedxtalk
How Not to be a Slave to Your Brain: Mindfulness for Mental Health | Mark Epstein | Big Think