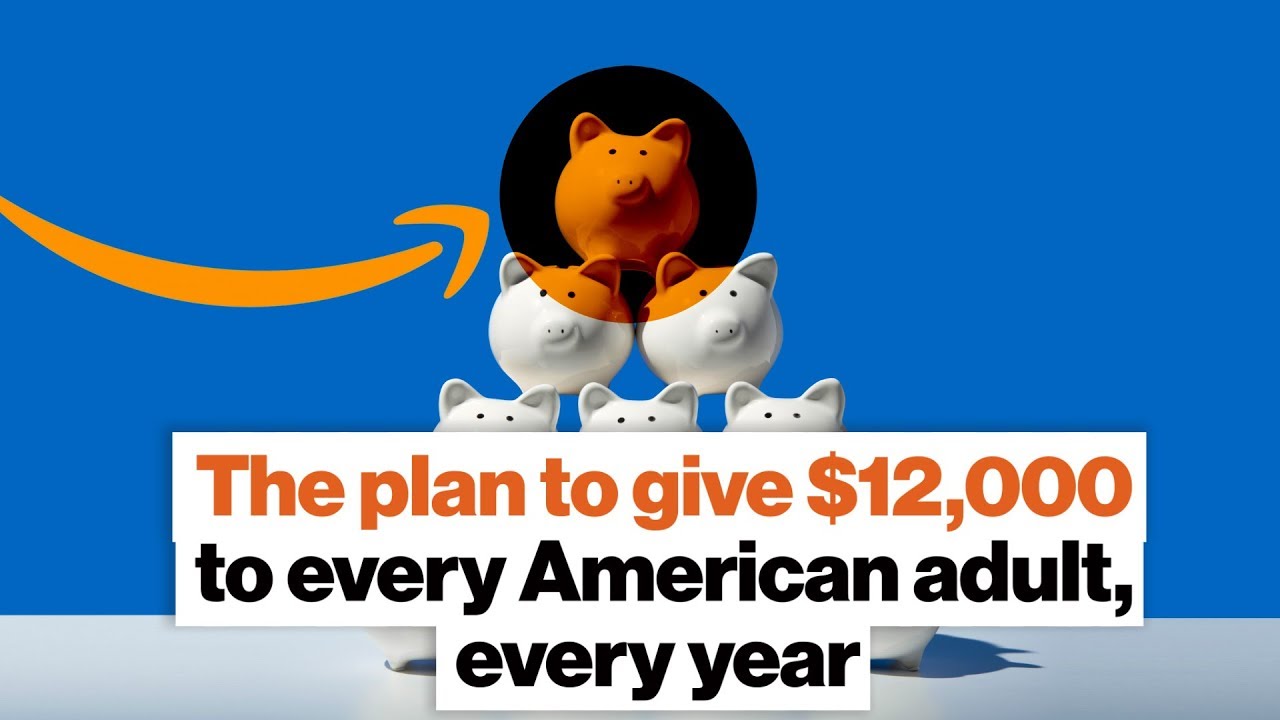 How would it be funded? Yang suggests a value added tax on megacorps like Amazon (which paid zero tax last year). Funnel that money back into the American’s people’s hands to boost the economy, improve mental health, increase education and lower violence.
———————————————————————————-
ANDREW YANG:

Andrew Yang is an entrepreneur and author who is running for President as a Democrat in 2020. In his book The War on Normal People, he explains the mounting crisis of the automation of labor and makes the case for the Freedom Dividend, a Universal Basic Income of $1,000 a month for every American as well as other policies to progress to the next stage of capitalism.
———————————————————————————-
TRANSCRIPT:

ANDREW YANG: Universal basic income is an idea that’s older than America, where Thomas Paine was for it at the founding of the country, he called it the citizen’s dividend. Decades later Martin Luther King, Jr. was for it. He championed it before he was assassinated in 1968. And Milton Friedman and 1,000 economists signed a study in the late ’60s saying this would be tremendous for both the economy and society. It received so much support that it passed the House of Representatives twice under Richard Nixon in 1971. And the only reason it didn’t become law was that Democrats in the Senate wanted an even higher income threshold.

So a universal basic income has been with this country for a long time. And it actually became law in one state in 1982 where now every person in Alaska gets between $1,000 and $2,000 a year, no questions asked, from a petroleum dividend. It’s wildly popular, has created thousands of jobs, has improved children’s health, has decreased income inequality, and it was passed by a Republican governor, who made this argument to the Alaskan people: Who would you rather get the oil money the government, who’s just going to mess it up, or you? And the Alaskan people said ‘us’, and now it’s so popular that a majority of Alaskans which is a deeply conservative state generally the majority of Alaskans said they would accept higher taxes to pay for this dividend moving forward.

My plan, the Freedom Dividend, would pay every American adult, starting at age 18, $1,000 a month or $12,000 a year. This would push every American adult to just below the poverty line, which is $12,770 a year right now. But this money would get spent in Main Street businesses, on car repairs, food and tutoring for your kids, the occasional night out, a hardware store. It would go right back into our economy and would create 2 million new jobs, would grow the consumer economy by 8% to 10%, would make our families and communities stronger, would improved children’s health and nutrition, would improve everyone’s mental health and productivity. It would decrease domestic violence and hospital visits. So universal basic income is a powerful policy that helps improve human welfare, and that’s why I’m proposing it as the centerpiece of my candidacy for president.

So the way I propose to pay for a universal basic income is based on a problem we have right now in our country, which is that more and more work and value is getting sucked up and soaked up by a handful of technology companies. Amazon, for example, is doing another $20 billion in commerce every year, and it’s now pushing 30% of American malls and Main Street stores into closing. And so for the average American, you’re seeing your Main Street stores close, and unfortunately being a retail worker is the most common job in the United States. The average retail worker is a 39-year-old woman making between $11 and $12 an hour. So the problem America is facing is that even as Amazon is soaking up more and more value, they’re not paying much in the way of taxes. You probably saw the headline where last year Amazon enjoyed record profits and paid zero in federal taxes. And so the way we pay for a universal basic income is we put the American people in position to benefit from all this innovation by passing a value added tax, which is something that’s already in effect in every other advanced economy. With a value added tax, the American publ…

For the full transcript, check out https://bigthink.com/videos/universal-basic-income