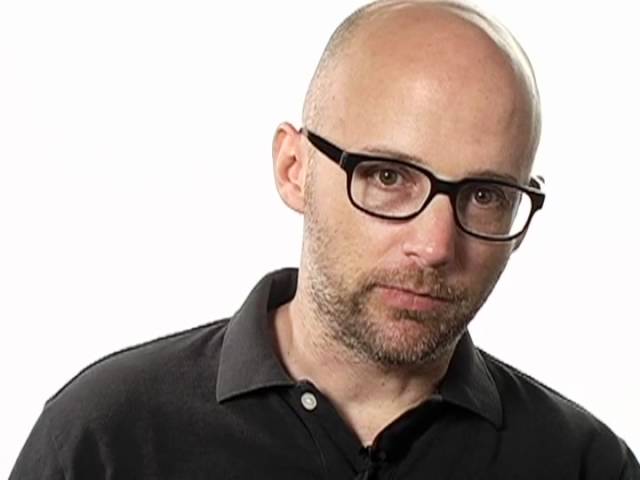 Richard Melville Hall, a.k.a. Moby, is one of the most important dance music figures of the early ’90s, helping bring the music to a mainstream audience both in England and in America.

Born in Harlem, New York in 1965, and raised in Darien, CT, he played in a hardcore punk band called the Vatican Commandos as a teenager before moving to New York City, where he began DJing in dance clubs. During the late ’80s, he released a number of singles and EPs before, in 1991, he set the theme from David Lynch’s television series Twin Peaks to an insistent, house-derived rhythm and titled the result “Go.” The single became a surprise British hit single, climbing into the Top Ten, and was named one of Rolling Stone’s top 200 records of all time. Moby, his first full-length album, appeared in 1992. Since then, Moby has recorded eleven studio albums, including his multi-platinum breakthrough Play (1999), 18 (2002), Hotel (2005), Go: The Very Best of Moby (2006) and Last Night (2008).

In addition to his musical endeavors, Moby is the proprietor of teany cafe and teas. He is also a well-known advocate for a variety of progressive causes, working with MoveOn.org and PETA, among others. He actively engages in nonpartisan activism.
———————————————————————————-
TRANSCRIPT:

Question: Where are you from and how has that shaped you?

Moby: Well, one of the things I am most grateful for is that I did grow up in a creative family. My mom, even though she did menial labor, she was a great painter and a really great musician. My uncle was a photographer, my other uncle was a sculptor, both my aunts are writers, my great-grandmother taught classical composition, my other grandmother was a watercolor painter, so everyone in my family had some sort of creative outlet, so it was just assumed that I would do something creative. Like I really think that my mother and the people in my family would have been very disappointed if I had decided to become a bond trader. So, if anything, even though I grew up in a very conservative suburban environment, I was always encouraged to do creative things.

Everything You Know About Economic Growth Is Wrong
How magic and kindness helped me survive the Holocaust #shorts #tedx
Earworm is back! Here’s a preview
5 Mysterious Cases of Inter Dimensional Travel
Binder Clip Climber – Numberphile