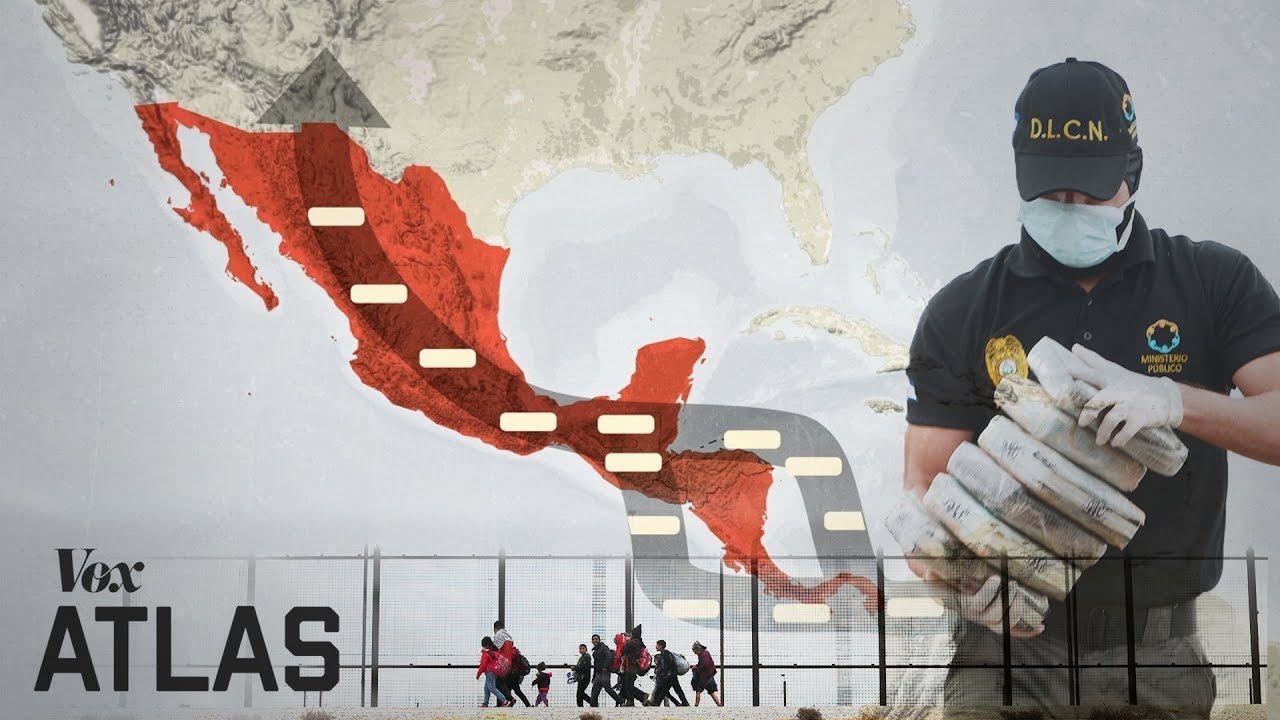 Help us make more ambitious series like Vox Atlas by joining the Vox Video Lab. It brings you closer to our work and gets you exclusive perks, like livestream Q&As with your favorite Vox creators. Learn more at http://bit.ly/video-lab

Today, the US is facing a migration crisis on its southern border with Mexico. Thousands of people from Central America, especially Guatemala and Honduras, are fleeing their home countries, taking a dangerous journey north through Mexico, and claiming asylum in the US. How did this crisis begin? Much of it can be traced back to the 1970s cocaine trade. Cocaine, which is mostly produced in Colombia, used to be shipped by boat and plane across the Caribbean. But in the 80s and 90s, the US cracked down on this route, so traffickers started shipping their drugs through Central America and over land to Mexico. That created a violent and competitive turf war between gangs and organizations in Guatemala and Honduras, and after the governments cracked down, violence only increased, forcing people to flee, often to the US.

Through Vox Atlas, producer Sam Ellis demonstrates where conflicts occur on a map and the ways in which foreign policy shapes a region. Watch all the episodes here: http://bit.ly/2SThVsf

Check out our full video catalog: http://goo.gl/IZONyE
Or our podcasts: https://www.vox.com/podcasts

Is The Placebo Effect a Hoax? #shorts
How New York City became “Gotham” #shorts
Animatronic Ackbar — BiDiPi #25
Wait…did you know this about mirrors?
Impress Her With Nanodiamonds