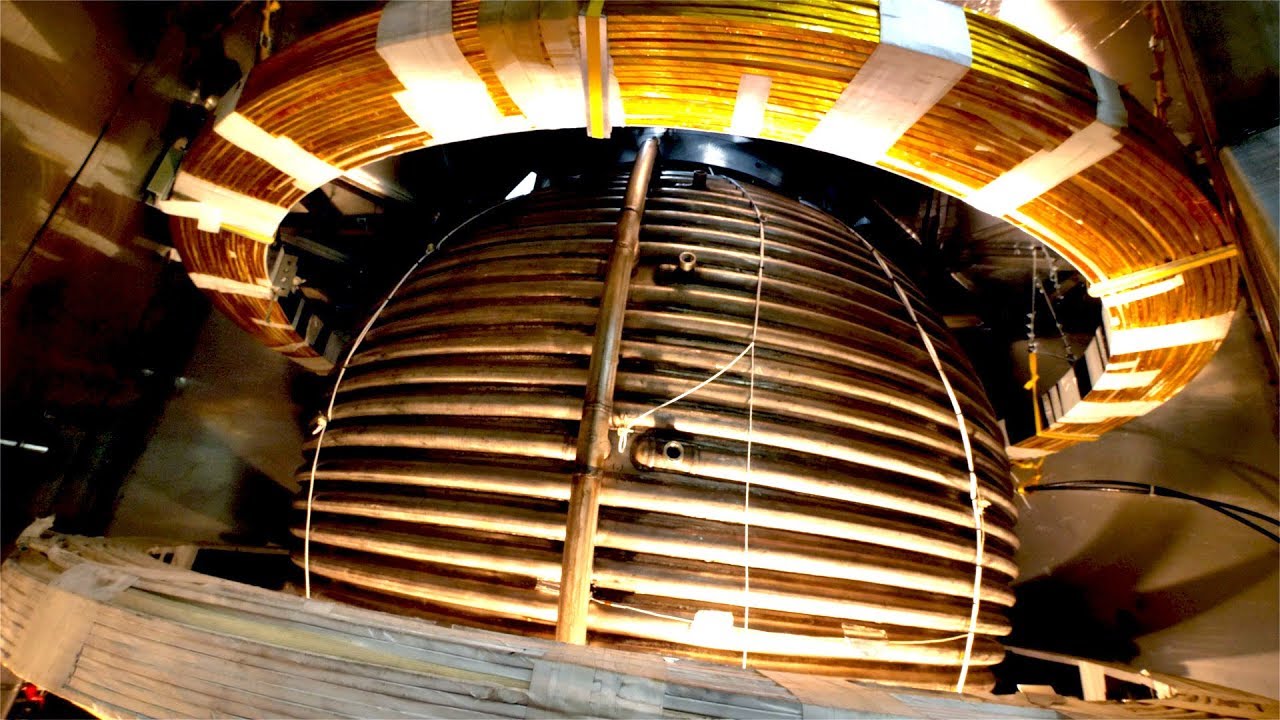 Huge thanks to Prof. Dan Lathrop and team: http://ve42.co/Lathrop

Australians! I’m on my way. I’ll be doing live shows in Perth, Sydney and Melbourne. Details and tickets here: http://ve42.co/tour

Special thanks to Brady Haran and Periodic Videos for sodium vs water footage. Original clip is here:

I learned a lot in making this video and the one on my second channel with Prof. Jon Arnou. I changed a lot of my preconceptions, specifically I thought:

1. That the Earth’s magnetic field was a passive thing – it shouldn’t need a continuous input of energy to maintain itself (that seemed reasonable to me because the magnetic field has been around for a long time and it seems mostly stable). But as it turns out, the Earth is a giant electromagnet, and so of course those currents dissipate their energy as they encounter resistance in the liquid metal through which they flow. So the energy to continuously create these currents comes from the kinetic energy of the liquid metal flows in the Earth’s outer core.

2. If it’s convection, I’m thinking hot things rising, cooler things falling. But apparently the main effect driving convection is the compositional differences at the boundary with the Earth’s inner core. This is because of the differential freezing at the boundary. Things like iron freeze into the inner core, while elements like sulfur do not. Hence the pockets of lighter material which then rise outwards.

3. I didn’t get why the fluid motion was necessary for the generation of the magnetic field. I mean if it’s a conducting liquid, it can conduct currents whether it moves or not. But the key is that the liquid metal can ‘trap’ magnetic fields. I imagine this like how iron channels magnetic fields. Then once these fields are channeled, they can be pulled and stretched, making more magnetic field.

4. Fluids operate very differently in rotating frames of reference. This is something I didn’t intuitively grasp. But, as fluids move from the inner core outwards, those particles are moving much more slowly in the direction of rotation than the matter that has been there for a long time, which means the convection currents get deflected and form helices.

How New York City became “Gotham” #shorts
Misconceptions about the United States – mental_floss on YouTube (Ep. 33)
27 Facts about James Bond – mental_floss List Show Ep. 416
Can You Be Scared To Death?
3 rules to help you build a successful business | The Way We Work, a TED series