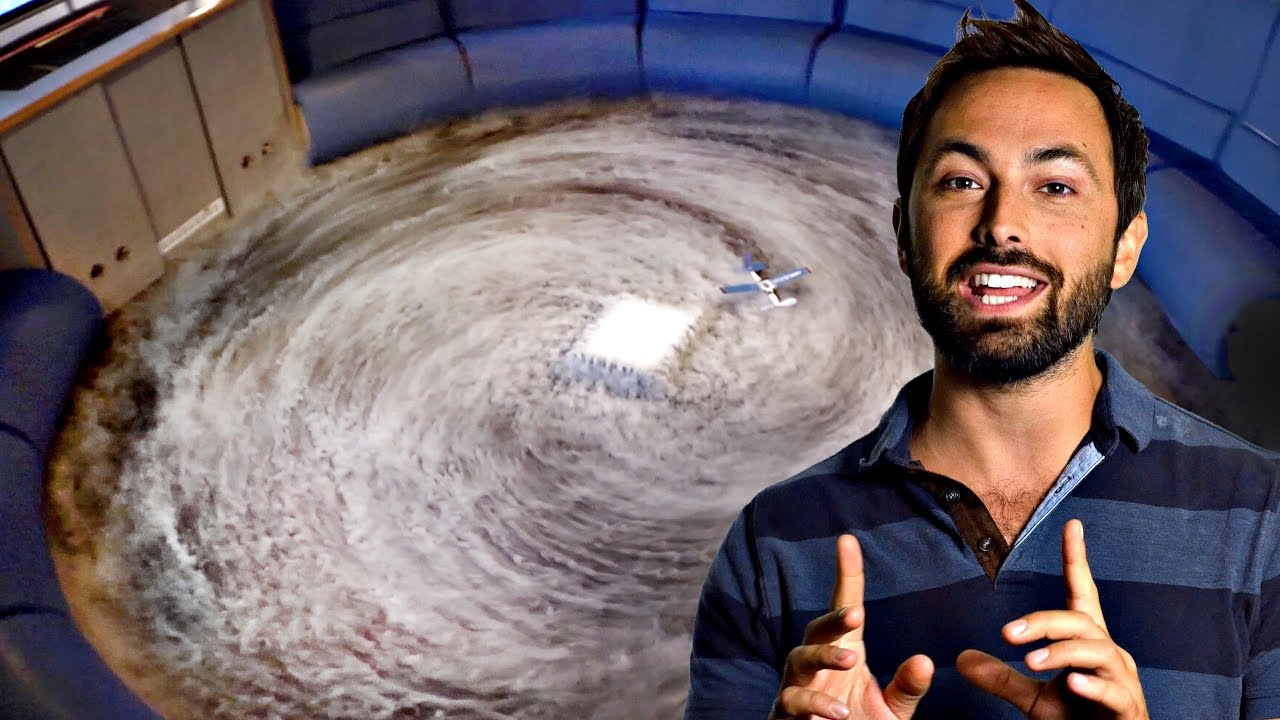 I came across these four physics puzzles over the years in discussions with Neil deGrasse Tyson (riddle 4: which part(s) of a moving train are going backwards with respect to the ground?), Simon Pampena (riddle 2: run around a track twice, the first time slowly, the second time much faster so that the average for the two laps is twice the speed of the first lap). Someone tweeted me a video of the mystery cylinder rolling down the ramp in riddle 1 (sorry I’m not sure who it was). Riddle three about a bicycle going forward or backward when it’s bottom peddle is pulled back was brought to me by a number of people and I appreciate all of their help!

Filmed by Raquel Nuno.
Thanks to everyone at the Palais de la Decouverte! I’ve had this footage for five years and am only finally releasing it now. I wanted to talk about the way grass grows on a spinning turntable but I couldn’t locate the footage…

The Most Persistent Myth
The canyon that humans made by accident
MIND-BLOWING MATH DISCOVERY – Multiply Numbers By Lines Rotation Geometry
Does it Take Money to Make Money?
33 Facts about Famous Landmarks – mental_floss List Show Ep. 514