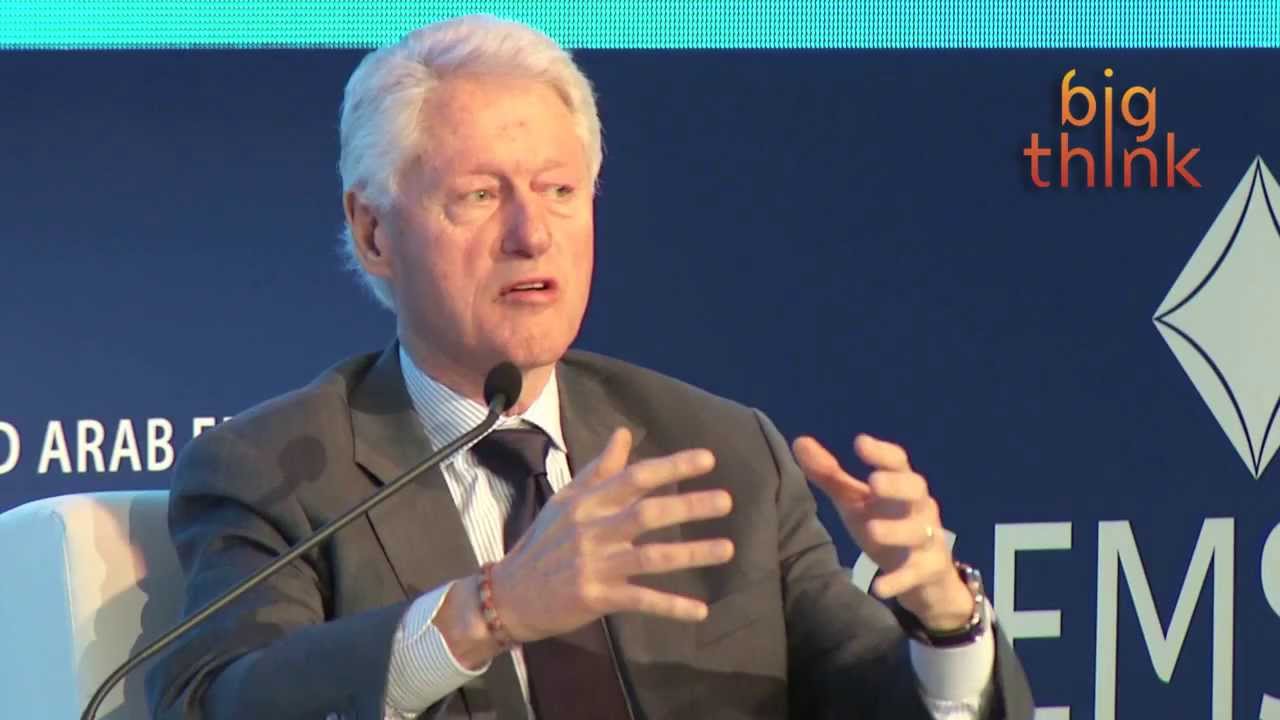 TED & Talks
Share on Facebook
Share on Twitter
Share on Pinterest
Share on LinkedIn
Bill Clinton: Learning to Work with Others
Watch the newest video from Big Think: https://bigth.ink/NewVideo
Join Big Think Edge for exclusive videos: https://bigth.ink/Edge
———————————————————————————-
Fareed Zakaria asks President Bill Clinton if it is possible to learn how to successfully work with others.
———————————————————————————-
After leaving the White House, President Clinton established the William J. Clinton Foundation with the mission to improve global health, strengthen economies, promote healthier childhoods, and protect the environment by fostering partnerships among governments, businesses, nongovernmental organizations (NGOs), and private citizens to turn good intentions into measurable results. Throughout the Foundation’s history and growth, Secretary Clinton and Chelsea offered their voice, vision, and counsel. To recognize their past contributions and acknowledge their role in shaping the Foundation’s future, the Foundation was renamed the Bill, Hillary & Chelsea Clinton Foundation.

Today the Foundation has staff and volunteers around the world working to improve lives through several initiatives, including the Clinton Health Access Initiative, which is helping 5 million people living with HIV/AIDS access lifesaving drugs. The Clinton Climate Initiative, the Clinton Development Initiative, and the Clinton Giustra Enterprise Partnership are applying a business-oriented approach to fight climate change worldwide and to promote sustainable economic growth in Africa and Latin America. In the U.S., the Foundation is working to combat the alarming rise in childhood obesity and preventable disease through the Alliance for a Healthier Generation and the Clinton Health Matters Initiative. Established in 2005, the Clinton Global Initiative brings together global leaders to devise and implement innovative solutions to some of the world’s most pressing issues. So far, more than 2,800 Clinton Global Initiative commitments have improved the lives of more than 430 million people in 180 nations.

In addition to his Foundation work, President Clinton has joined with former President George H.W. Bush three times – after the 2004 tsunami in South Asia, Hurricane Katrina in 2005, and Hurricane Ike in 2008, and with President George W. Bush in Haiti in the aftermath of the 2010 earthquake. Today the Clinton Foundation supports economic growth, job creation, and sustainability in Haiti.

Did Life on Earth Come from Space?
How good are you at calculating risk? – Gerd Gigerenzer
Riddle For Genius – When Does The Thief Tell The Truth?
33 Facts about Famous Landmarks – mental_floss List Show Ep. 514
Does it Take Money to Make Money?