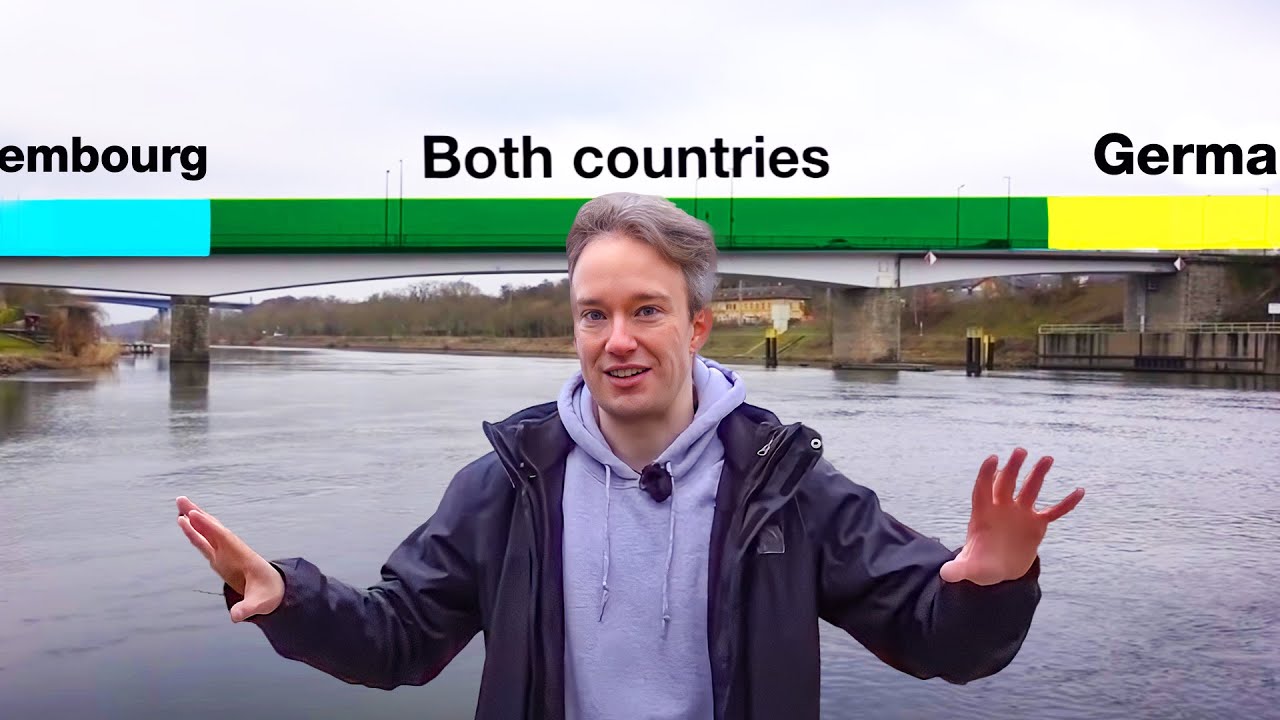 Tom Scott
Share on Facebook
Share on Twitter
Share on Pinterest
Share on LinkedIn
Schengen is a small town in Luxembourg, on the borders with France and Germany. But one of those borders is a little more complicated: the Mosel (or Moselle) river is a condominium, it belongs to both countries at the same time. And thus, so the bridges above it.

REFERENCES:
I’m not 100% happy with the research in this video, because it was put together quickly and, through necessity of language, from English-speaking secondary sources. However, Frank Jacobs in the New York Times on condominiums, talks about the history of the treaties: https://opinionator.blogs.nytimes.com/2012/01/23/the-worlds-most-exclusive-condominium/
and that’s confirmed by a reference in Freshwater Boundaries Revisited: Recent Developments in International River Law by María Querol, which quotes Bernhardt’s Encyclopedia of Public International Law, Vol 111, p465.

Interestingly, the borders on Google Maps, Bing Maps and OpenStreetMap all take different (and sometimes nonsensical) twists and turns, so I’ve chosen to illustrate the simplest example.

Andrew Bastawrous: Get your next eye exam on a smartphone
5 Most Controversial Scientific Theories
Jordyn Wieber – How One Olympian Turned Devastation into Inspiration #shorts #olympics
How magic and kindness helped me survive the Holocaust #shorts #tedx
The Flower That Smells Like Death